Business and the beautiful game: sponsorship takes European football to a different league 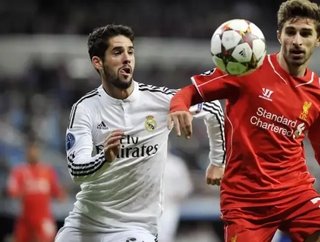 Football is the beautiful game, which perhaps explains why it is so often seen as incompatible with business. But there is another view, that football and business are symbiotic. In the modern game, the board room is as critical to a team’s success as the boot room.

Today, commercial income is a critical revenue stream for clubs. UEFA estimates, for example, that the UEFA Europa League will generate over €225 million in commercial revenue in 2014/15. While this might conjure images of corporate hospitality far removed from real fans on the terraces, 75 per cent of this income is returned to the teams. It pays for the players, stadia and development that are vital to clubs and bring joy to fans.

The fact that commercial revenue is used to feed grassroots football has been a critical factor in our decision at FedEx to become the main sponsor of the UEFA Europa League. We are focussed on supporting commerce at the local level and have made significant investments in Europe over the last three years – including adding over 100 stations and 3,700 team members. Our goal is to help small businesses boost trade and compete on the global stage.

A company embarking on any commercial tie-in needs to ensure that the opportunity aligns with its own brand values; and that this investment is used to bring benefit to the sport and its fans. Authenticity should be the guiding star for sponsorship, particularly in a sport as passionate as football.

And the UEFA Europa League is authentic, bringing opportunity to many clubs and not simply the few. It is truly pan-European in a way that other competitions are not. Footballing royalty such as Holland’s Ajax and England’s Liverpool come up against emerging powerhouses, such as Croatia’s HNK Rijeka and Ukraine’s Dnipro Dnipropetrovsk. The UEFA Europa League is an arena rich in romance, where minnows can snap up sharks, and where glory and rich financial reward are open to teams big and small.

But sponsorship isn’t about romance. Business is often about profit, so what does corporate investment give back?

Brand awareness is the obvious answer. In the UK alone in 2012/13, each UEFA Europa League match attracted an average of 4.2 million viewers. The 2013 final attracted a global audience of 51 million; that’s a lot of brand exposure over the 10-month duration of the competition.

There is also the important factor of association. The UEFA Europa League is a premium brand for the world’s most popular sport, where excellence, endeavour and creativity garner admiration, reward and joy. These are brand values that any company would be proud to share.

And finally, there are clear synergies between pan-European businesses and a pan-European league. While many sponsors are global, it’s important that they demonstrate their national, regional and local credentials. It comes back to that word ‘authenticity’ again: reassuring audiences that corporations aren’t faceless behemoths; that they understand, are part of and contribute to the communities they do business in.

Corporate sponsorship may have a degree of self-interest, but it should also be responsible and used to drive mutually profitable relationships. With commercial revenues feeding teams of all sizes, from all corners of the continent, sponsorship has the power to help all levels of European football move into a different league.

Andy Self is Vice President, Marketing and Communications Europe for FedEx, which has announced a landmark sponsorship of the UEFA Europa League.