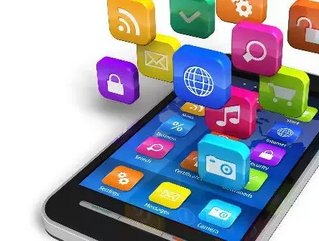 There aren’t too many apps out there that are designed specifically for the African market. But who better to develop one than an African consumer?

ForgetMeNot Africa's Optimiser Platform has been deployed by eight operators in six countries across Africa, and provides 60 million people across the continent with access to internet-free Facebook, email and online chat. In addition to Kenya it has been deployed in Nigeria, Zimbabwe, Cape Verde, Lesotho and Republic of the Congo.

Through this platform, aspiring app developers have the chance to see their ideas launched to millions of mobile phone users in Kenya through a competition launched by ForgetMeNot Africa, Safaricom and iHub, a developer community in Nairobi.

Entrants can develop apps that reach users of all handsets via two-way SMS and USSD, from first generation mobile phones to the latest smartphone. Developers can use any programming language for their entry.

The winners will receive seed capital to develop their ideas, an Apple iPad and, if successful, their apps will be launched to Safaricom's 15 million subscribers across Kenya, which have benefited from the Kipokezi service since May 2010. The apps will earn the developers an ongoing revenue share.

Developers must first register through the ForgetMeNot Africa site. They can then use a selection of ForgetMeNot Africa resources, which include tutorials, sample code including an example of an online calculator. This shows developers how to combine the basic features of the API to create simple 2-way SMS applications.

The app can then be tested by linking it to the Kipokezi platform using the range of test numbers provided.

“Even in the most rural areas Kenyan people are using SMS to keep in touch with friends and family all over the world, but SMS applications add a new dimension,” says Chief Operating Officer (COO) of ForgetMeNot, Jeremy George.

“The potential for apps is massive, and we hope to see developers using the ForgetMeNot Africa Optimiser Platform to use existing tools and infrastructure in smarter and more efficient ways to help improve peoples’ lives.”

Although the company expected to have received around 50 entries for the Apps Challenge by the time application closed on 23 March, George says that it is by no means the end of the road. “This competition is about inspiring developers into action, and if their idea is good enough they’re welcome to build and submit their apps after the deadline.

“While they won’t be eligible for the competition prizes, if it’s a great idea it will be considered for launch on the Safaricom network and the developer will be able to derive an ongoing revenue stream from the application.”