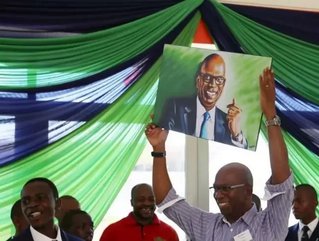 Safaricom announced yesterday that their Chief Executive Officer, Bob Collymore, passed away after losing his battle with leukemia. The Guyanese-born British businessman was 61.

Collymore was appointed as CEO of Safaricom in 2010 and has since been an integral part of Safaricom's advancement through the payments and telecoms market. Safaricom assisted in the innovation of cashless payments across Kenya, long before major tech giants introduced their own solutions. Over the last decade he assisted in the company's expansion, during which time profits increased by 380%, making it a US$10.8bn company. Today it ranks as one of the top brands in Africa, and comprises 6.5% of Kenya’s total GDP.

"M-Pesa catapulted Kenya into the international limelight as a leader in mobile money services," said Owino. "M-Pesa enriched the logistics of moving money, offering far more gain for the economy."

"Bob helped position Kenya as a global leader in financial inclusion. His legacy will live on through all the people in Kenya and throughout the world whose lives have been changed by Safaricom's innovations,” said Nicholas Nganga, Chairman, Safaricom PLC.

The CEO was dubbed "Bubbly Bob," across Kenyan Media for his friendly demeanour, and commitment to the well-being of Kenyans. In 2012, Collymore was awarded the Moran of the Burning Spear (MBS) by the President of Kenya for his services to the nation. He has been commended for his commitment to gender equality at Safaricom, where almost half of the staff are women.

Upon Collymore's return from cancer treatment in the UK, he was transparent about his experiences and kept both his company and the public up-to-date on his experiences. "Bob was very brave in telling the country what he was going through. It’s not easy to reveal such personal details, but Bob did it," Safaricom chairman Nganga said.

In the wake of his death, Collymore leaves behind his wife and four children. Michael Joseph has been chosen as Safaricom’s interim Chief Executive Officer. Kenya’s president, Uhuru Kenyatta, said: “Although Bob Collymore has left us, his inspirational life will remain a great legacy, not just to Kenyans, but also to the whole world.”