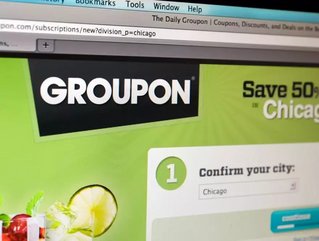 There is no doubt that small businesses around the world are very successfully using daily deal sites to market their offerings. However, there are enough horror stories out there – most notably the UK bakery that had to bake 102,000 cupcakes at a £12,500 ($20,000) loss after offering a Groupon deal – for businesses to tread carefully when figuring out whether this type of promotion is for them.

Daily deal sites negotiate huge discounts for consumers based on the principles of collective buying: deals are only activated when a minimum number of people agree to buy. In return for massively discounting their products and services, usually between 50-75 percent as well as giving the daily deal site a cut (around 50 percent of the price paid by the customer), businesses are marketed to the hundreds of thousands of local consumers who have opted in to receive the deals.

On the one hand, the concept is fairly risk-free: businesses only pay if the deal tips and they get business out of it. On the other, there have been a number of reports of businesses brought to their knees by overwhelming demand or thanks to making an irrecoverable loss on the deal.

In Africa, South Africa is probably the most developed daily deal market on the continent, although a number of sites have already closed down, including Naspers’ Dealify and Avusa’s Zappon. Groupon, currently boasting a market cap of $12 million, added South Africa to the list of the 46 countries it has expanded to at the end of 2011 when it bought local Twangoo in January 2011.

African Business Review got in touch with Daniel Guasco, Head of Groupon (www.groupon.co.za) in South Africa, to get his views on when it makes most sense for a business to use its services.

In response to concerns over daily deals being too successful he said: “We work hard to collaborate with businesses to structure a deal that makes sense and achieves their business objective of generating new customers and creating incredible levels of local exposure. Vendors should communicate their concerns with us. From time to time we will impose a limit if the vendor’s establishment has limited capacity.”

When it comes to what sort of businesses are better suited to running daily deals, Guasco said: “There could be an argument that less labour intensive deals such as virtual service or purely product would be better suited for a daily deal site like ours. However the premise globally is to experience the best of their city for less; this will always be a focus as it allows vendors to have a one on one interaction with the customer. Regardless of the service/deal Groupon is still the most cost effective way for these vendors to gain new customers in a matter of hours – the time well spent with customers equals repeat customers and retained loyal customers.”

So how do businesses decide whether daily deal sites are for them or not?

Firstly, they need to do the maths. Not only on whether the initial deal works out for them, but also on the potential to up-sell the customers once they are through the door, as well as converting these new customers to repeat customers.

Secondly they need to work out how many new customers they can manage at any one time both logistically and bearing in mind that their regular customers need to be looked after as well.

Speaking of regular customers, businesses need to decide what impact dramatic discounts will have on the perception of their brand. How will loyal, full-price-paying regulars feel about the discount, especially if they, for instance, can’t get a table at their favourite restaurant because it’s fully booked? As a business are you also looking after your regulars with offers to say thank you for their loyalty?

Thirdly, know what you want to get out of the deal and have a plan that extends beyond the initial offer. Just wanting to get bums on seats for a performance that would go ahead anyway is one thing. But as Guasco points out, the aim for businesses should be to get repeat business and loyal customers out of the deal. At the very least, businesses need to be capturing customer details and starting an ongoing engagement with them. Inevitably there are going to be serial daily deal buyers who never return, but the proportion that does needs to be nurtured.

Looking beyond South Africa’s borders, there is a growing daily deal market specifically in Kenya, with Rupu (www.rupu.co.ke) and Zetu (www.zetu.co.ke) looking like they could be positioning themselves as attractive to Groupon, and Mocality Deals (deals.mocality.co.ke) spun out of the local listings site. A daily deal site play across Africa will necessarily have to be a mobile one to reach the critical mass needed for the model to work.

So how do you decide whether daily deal sites are right for your business or not? Do the maths. Understand that at the outset you need to think about how the daily deal fits into your overall strategy and take responsibility for ensuring you get the most out of the deal as a business.