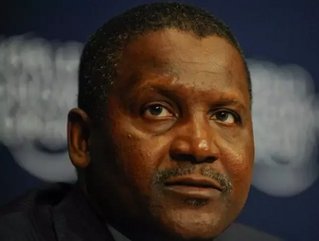 Dangote Cement is looking to broaden its horizons even further as it seeks a license for a 75 megawatt (MW) power plant in Tanzania.

The Nigerian company has built up a sizeable footprint across Africa in recent years, but East Africa’s second biggest economy is so far untouched by the continent’s wealthiest man, and his premier organisation.

The license will enable Dangote Cememt to build a 75MW coal-fired plant in the country, able to power a $500 million cement factory which is also now under construction.

Alhough beginning in Nigeria, in the west of Africa, Dangote Cement is the leading concrete producer in the SADC region, so a migration into more eastern markets should come as no surprise, especially given the pending unveiling plans for the company to roll out enough plants in Africa to reach an annual capacity of 62 million tonnes by 2017.

This would represent a 15 million increase in tonnage on current levels, but the plan does come amid ongoing power shortages and economic slow-downs in some key regions.

"Dangote Industries ... applied for a 75 MW electricity generation licence to build, own and operate a coal-based captive power plant adjacent to its cement manufacturing plant," the state-run Energy and Water Utilities Regulatory Authority (EWURA) said in a statement.

All the electricity would be "used to run the plant and machinery for the manufacture of cement, utilities and housing colony", EWURA added.  "Any interruption in power supply or unstable voltage/frequency causes extensive damage to the refractory and also to the rotary kiln parts.

“Refractory failures cause production shutdowns varying from 15 to 30 days and unscheduled use of costly imported refractory bricks.”

Dangote Cement hopes to commission the factory currently under construction in Tanzania, in the second half of 2015, taking the number of African countries it currently operates in to 14.