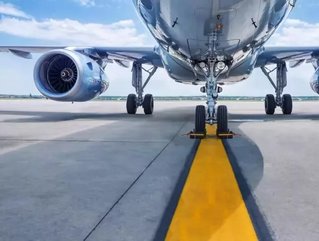 Low-cost airline Fastjet will introduce a new route before the end of the year between Harare and Lusaka.

"Fastjet announces that it will operate a new route between Harare and Lusaka, with the first flight scheduled for 13 November 2017,” said Faith Chaitezvi, Regional Marketing Executive.

"The additional route is the fifth Zimbabwean route for Fastjet as the airline celebrates its second anniversary in the country and fifth brand birthday this year," she said.

"Flights between Harare and Lusaka are already on sale at a launch fare from $80 all inclusive. Fastjet has made air travel more affordable and accessible to Zimbabweans."

Chaitezvi said the airline will operate four weekly flights between the two cities.

"The new route between Harare and Lusaka further connects travellers, whether for business or leisure," she said.

Fastjet launched its summer 2017 schedule with flights up to and including March 2018 more than a week ago.

She said additional flights between Harare and Johannesburg were also showing solid growth.

Chaitezvi said she was optimistic that flights between Harare and Lusaka would generate strong interest.

Fastjet also flies between Harare and Dar es Salaam, the airline’s first operating base in Africa.

The airline increased the number of flights on the Harare and Victoria Falls route in response to strong passenger demand.

It used to operate three weekly flights on Tuesdays, Thursdays and Sundays, before adding another flight on Fridays.

The airline has said this was done to provide passengers with a convenient weekend away service.