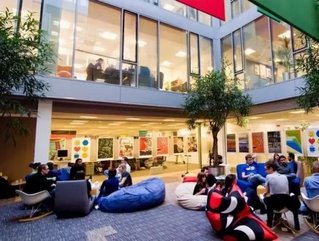 Google announced on Wednesday that it was launching a reorganisation of its European operations in the face of a tougher regulatory environment. The overhaul was first reported by the Financial Times, naming Google VP Matt Brittin, as the executive who will head a new unit unifying two separate European divisions. Brittin is a triple Cambridge rowing blue and an Olympian oarsman who has been leading the company's southern and eastern European division.

Britten has had to defend the organisation before the UK parliament’s Public Accounts Committee, against charges that it pays too little corporate tax. The reorganisation comes at a time when Google is under pressure from European governments both on taxation and on compliance issues – notably with the ‘right to be forgotten’ enshrined in a 2012 EC directive. Subsequently Google has been swamped with requests from Europeans eager to erase humiliating links to their past from its – and other – internet search engines.

In December 2014 the UK government introduced a new tax rate on multinational companies that seek to avoid paying their fair share to the Treasury. The levy, nicknamed the 'Google tax' because of the high number of technology firms seeking to avoid tax, will come into force in April.

However Brittin has said that the organisational changes are also being made in response to competition in the social media space, naming Facebook and Twitter in particular for successfully attracting content away from Google. He will be based in London though he intends to spend much of his time travelling to the company’s 25 or so offices across Europe, Africa and the Middle East, which also fall under his authority.