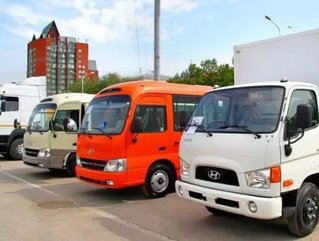 Imperial Holdings Ltd has reached an agreement with Hyundai Motor Company to begin manufacturing delivery trucks as part of the latter’s expansion focus on the African continent.

Hyundai Automotive South Africa has invested more than R100 million in a new Johannesburg plant which will be manufacturing at least three different models under its truck portfolio, with capacity beginning at 5,000 vehicles going up for sale across Botswana and Namibia, as well as South Africa.

Imperial Holdings, the owner of South Africa’s largest car-dealer network was the natural choice for the automotive giant to assist in its regional development and the company is confident that the relationship will be beneficial from the offset.

“Africa is about commercial vehicles,” Manny de Canha, Chief Executive Officer of Imperial’s Associated Motor Holdings, said in an interview. “We want to encapsulate Africa in our distributorship going forward.”

On the whole, automotive exports in the country increased by eight percent in 2013 according to data attained from the National Association of Automobile Manufacturers.