The Implications of SA&#039;s proposed ban on alcohol advertising 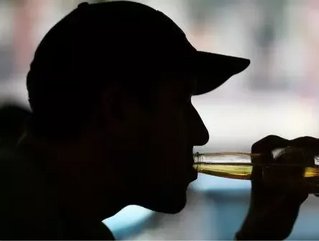 There is very little clarity over how extensive the proposed ban on alcohol advertising will be, with the draft plan due to be tabled to Cabinet at the end of July 2012, with several stages of consultation and public comment ahead. In March this year, the South African Press Association (SAPA) reported that the Deputy Minister of Trade and Industry, Elizabeth Thebethe, said that everything was still under discussion and that she would prefer to see the advertising companies and liquor outlets be more voluntarily responsible. A ban on alcohol advertising would be a “last, last resort” she said.

Fast-forward a month, in April 2012 Business Day reported that a leaked version of the draft bill had been described as “heavy-handed” and “prohibitionist” by the alcohol industry.

Meanwhile, in mid-July, South African Breweries’ (SAB) Castle Lager extended its 20 year sponsorship of the national football team Bafana Bafana by five years. The deal is said to be worth about R100 million and comes in advance of the 2013 Africa Cup of Nations, taking place in South Africa, and the 2014 FIFA World Cup. Read into that what you will, although the special advisor to the minister of social development told Business Day that it would be likely that the proposed legislation would make exceptions for existing sponsorship agreements.

Potential impact of the ban

In the months after the ban on alcohol advertising was first announced there was a frenzy of industry activity, with media, advertising and promotions agencies all trying to demonstrate the financial impact that the ban would have in South Africa. Squaring up against them was the health camp, speaking about the cost of not reducing alcohol abuse in South Africa. Each backed up their arguments with a series of surveys and studies supporting or denying the link between advertising and increased alcohol consumption.

Respected commentator and former ad-man, Chris Moerdyk, writing for Bizcommunity.com totalled the impact of a ban as follows:

As well as other knock-on effects such as compromising festive period drink-driving advertising campaigns, usually branded by the alcohol industry, and the inability to host international events with an alcohol sponsor.

In the opposite corner, Dr Joanne Corrigal, senior public health specialist at the Western Cape Department of Health, also in Bizcommunity.com points out that 130 people die due to alcohol related causes every day in South Africa. Alcohol related violence, crime, HIV and Aids, absenteeism, low productivity and jailing costs the country R38 billion per year. Dr Corrigal also points to a Department of Trade and Industry (DTI) study that suggests that the profits of the alcohol industry tend to line the pockets of the wealthy while the costs tend to affect the poor.

Both camps do agree, however, that more than just an advertising ban is necessary to curb alcohol abuse and related problems. As Moerdyk succinctly points out; crystal methamphetamine or Tik abuse is rife on the Cape Flats, but has never been advertised.

Meanwhile, there is another dynamic at work that might very well make this entire discussion irrelevant. Moerdyk points out, this time in Business Day, that the mass media is struggling to engage the 19 to 29 year-old market. They’re spurning traditional media in favour of social media, or, in other words, one-to-many communication in favour of direct, customised communication from brands.

Entrepreneurs such as Andy Hadfield see this as an opportunity for alcohol brands. His recently launched Real Time Winemobile app allows consumers to generate their own reviews of wines, giving guidance to others who are standing in the supermarket aisle unsure of which wine to choose.

“So this whole affairrevolves around how we've become obsessed with direct media or broadcast media. In the age of one-to-one, we're still hooked on one-to-many,” says Hadfield. “The wine industry has a hard enough job as it is, even harder if you cut off direct routes to market. We will be left to in-store price promotions, not great for premium value wine brands, and some kind of community engagement.”

Hadfield intends for Real Time Wine to provide a platform for wine brands to do just that; engage with customers, promote their brands and run a community-style presence outside of broadcast media. This will be necessary anyway, Hadfield says, to cut through the noise and keep consumers’ attention.

“There is just too much noise out there. The easiest way to retain attention? Be valuable to a user. Provide utility & usefulness. Then you're not pushing a message, you're providing a service, and the revenue will flow from that.”

Ultimately the degree to which an alcohol ban is implemented and how it will impact on society and the economy remains to be seen. However it is clear that South Africa is setting a precedent that could soon become a global trend.

A journalist by training, Vanessa Clark thrives on telling the story of innovating companies. Because she has spent the bulk of her career in the tech industry, she is adept at translating geek speak into something interesting and accessible for the end-user. Her role at Mobiflock is to introduce the brand to target communities around the world, engage with these groups to build brand evangelists and generate user feedback for the company.

Over the last 10 years Vanessa has fulfilled a variety of marketing roles spanning PR, communications, branding, digital media and sales support. She has worked in Cape Town and London, dealing with businesses as far afield as Mumbai, Frankfurt, Sao Paulo and San Francisco, building brands in new territories.

Before joining Mobiflock as a founder member, she ran her own marketing and communications consultancy offering PR, branding, content creation, integrated communications and strategy services to a range of start-up and other interesting companies. Previously she managed the marketing and communication activities for Clickatell, the mobile messaging provider, as it grew its Internet and enterprise sales activities globally. Before that she helped London-based Band-X, the world’s first bandwidth exchange, to expand into eight countries; and was news editor at Total Telecom.com

A Capetonian by birth and at heart, for fun Vanessa bungles her way through the South African wine industry, looking for the most quaffable deals.

You can find her at www.mobiflock.com; [email protected], or on Twitter: @vanclark.