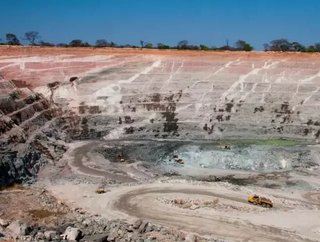 The world’s single largest producing emerald mine - Kagem in Zambia’s Lufwanyama District –is set to continue benefitting Zambia for the next 25 years, according to an independent technical study.

The estimated reserves at the mine reinforce the company’s potential long-term commitment to Zambia in the form of taxes and royalties, dividends, skills development, secure employment, and community support.

According to the report by UK-based mine analysts SRK Consulting, Kagem has a projected lifespan of 25 years with a combined measured, indicated and inferred mineral resource of 1.8 billion carats of emeralds and beryl expected over that period of time - an average of 44.7 million carats annually. With a carat being equal to 0.2 grams, the mine could yield up to 360 million grams or 360 tonnes of gemstones over the updated estimate of its projected future mine life.

RELATED: Security and operational improvements at Kagem emerald mine

Ian Harebottle, Gemfields Chief Executive Officer said: “The Kagem team is dedicated to develop the full potential of the mine over the long-term, and with the necessary resources and the support of a continued stable legislative environment, we look forward to retaining our position as a global champion and Zambian flagship company within the coloured gemstone sector,”.

“This will result in increased levels of employment, job security, skills development and additional benefits for the entire country such as increased foreign exchange generation, payment of taxes, creation of local wealth including contracts provided to local companies, and added support for community projects.”

According to the report Kagem needs to invest up to an additional $84 million in the mine over the next four or five years and a total of $516 million over the entire life of the mine, providing for an increase in capacity from 90,000 tonnes per year to 180,000 tonnes per year, projected for 2018.