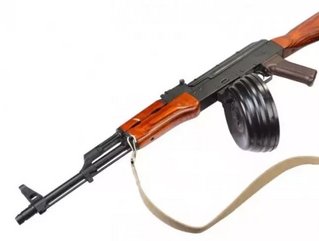 The Russian armaments manufacturer Kalashnikov plans to concentrate on its markets in the Middle East and Africa, and diversify its product range to offset the impact of Western sanctions, said its CEO Alexei Krivoruchko speaking at the International Defence Exhibition (IDEX) in Abu Dhabi. "Sanctions impacted sales. Following that we had more sales of military weapons in new markets in the Middle East and Africa." As well as the AK-47, the company is diversifying its strategy into a wide range of products — rockets, drones and others equipment, he added.

Kalashnikov and its majority owner, Rostec State Corporation are among the companies made the subject of sanctions over Russia's role in the Ukraine, where the West accuses Moscow of fanning separatist unrest and arming rebels. This cut off its biggest foreign market for civilian weapons. "We had big plans for the U.S. market. People there love our products and our sales had doubled there," said Krivoruchko.

On Sunday Kalashnikov announced in Abu Dhabi that it had acquired 51 percent stakes in both Zala Aero, a Russian developer of drones, and Euroyachting Rybinskaya Shipyard, which makes landing craft. "Both these companies have big potential. The demand for drones is huge in many markets," he said, but refused to comment further on the acquisitions.

Sales of assault rifles doubled last year to 120,000, driven by demand in the Middle East, Africa and Asia, and the company also earned its first profit in seven years, of 88 million roubles ($1.43 million). Kalashnikov has also budgeted to spend $100 million over the next two years on developing new products.