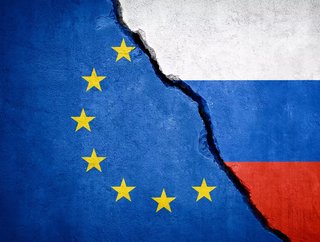 The European Union has announced its intention to address Russian trade restrictions that, it claims, impede EU-based businesses’ ability to sell goods and services to Russian State-owned enterprises and other entities through procurement for commercial purposes. According to the European bloc, the current Russian practices are contrary to World Trade Organisation (WTO) rules, which indicate that sovereign nations cannot discriminate against foreign companies in this area.

It’s a rule that many might question, given the nation of independence within sovereign states and their right to choose who they do and do not engage in business with. But, in this case, due to the overarching presence of the WTO, signatories of their agreements must comply with the official rulings.

According to the European Commission, which oversees trade activities for the 27-member bloc, since 2015, Russia has gradually and strategically expanded its import substitution policy through the manipulation of several restrictions and incentives. By doing so, it’s evident ─to the EU─ that the Eastern nation aims to replace the use of foreign goods and services in procurement contracts by certain State-related entities, and by their legal entities, in investment projects financed by the central government.

If Russia pulls it off, the economic impact on the European bloc-based companies would be immense. To emphasise that point, check out these statistics:

It is also rumoured, according to Euractiv, that certain Russian Sate-related entities deduct 15% from the price offered by Russian companies when assessing bids to guarantee that domestic suppliers win all-important contracts over their foreign counterparts.

How Does a WTO Dispute Go Down?

When it comes to disputes settled through the World Trade Organisation, there are two main ways to settle a dispute once a complaint has been filed:

Regardless of which method the WTO chooses, there are three main stages to the WTO dispute settlement process:

Right now, the European Union has requested that the WTO begin the dispute settlement consultations (i) so that the third-party, non-biased third party body can flesh out whether the claims have any substance or not.

If the WTO assessors do not find a satisfactory solution to the problem, the EU will be allowed to request that the WTO set up a panel (ii) to address the status quo. It’s hard to speculate exactly what the outcome of this particular case will be, but be sure to keep up with Procurement Magazine’s daily news to find out.