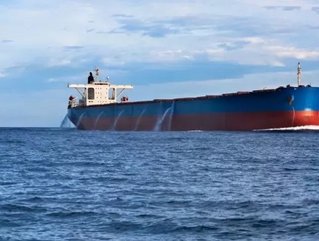 National Oil Corporation of Kenya (NOCK) has announced an update of its plans for a new oil jetty in the port city of Mombasa in an attempt to not only cut the cost of imports, but to take a firmer handle on crude exports from east Africa.

The initial plans, drawn up in 2012 for the oil jetty, or single buoy mooring were delayed to redevelop the scope and design after oil was found in Kenya. The extent of storage facilities have also been a subject of debate over the past two years.

"We originally envisaged to work with a specific jetty design as a net importer of oil but that changed because of the discovery of oil deposits in Kenya in 2012," NOCK spokesman, Temesi Mukani told Reuters.

Crude has also been found in next door Uganda, part of a string of hydrocarbons finds along Africa's east coast and the Rift Valley that passes through Kenya and neighbouring states.

At the beginning of September NOCK invited firms to submit expressions of interest by September 29 to act as adviser for the project, which the government plans as a Public Private Partnership (PPP).

Mukani added: "The successful transaction adviser will now have to review the original feasibility study to cater for the oil discoveries which have made Kenya a potential oil exporter."

It was also revealed in the statement that the original cost estimate of $500 million would be subject to change.

The aim of the project is to increase efficiencies at the port as well as cut down on delays and make the country a more competitive choice in general for oil tankers. It is also predicted that a new jetty would make the region in general more connected to the global market.

The main export route discussed up until now for Kenyan and Ugandan oil, both still a few years from major production, would be via a planned pipeline in north Kenya to a new port at Lamu.

Kenya is under pressure to boost storage facilities and develop a strategic reserve to stabilise petroleum supplies with the country currently having no strategic reserves and relies on oil marketers' 21-day reserves required under industry regulations.

Fuel prices have a big impact on inflation in the east African nation, which relies heavily on diesel for transport, power generation and agriculture, while kerosene is used in many households for cooking and lighting.

The government started monthly reviews of retail fuel prices after they shot higher in 2010, driving up the cost of living.