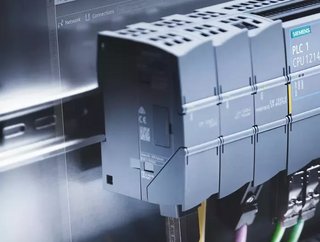 Disruption and Digitalisation: Are They Really Game-Changers?

“Automation experts, electrical engineers, and radio engineers have long used technologies that enable a connected world,” says Albrecht. “Machines have been exchanging information since the early twentieth century, even if they only had cable connections.”

Albrecht highlights that by the end of the 1920s it was possible to transmit via radio waves measured values to physically separate recording units, something he defines as the birth of telemetry, which without there would be no IoT. More than 20 years ago, Message Queuing Telemetry Transport (MQTT) was developed as a SCADA protocol. Its purpose was to use data transmissions via satellite and land-based networks to monitor unattended oil platforms in the desert.

“The result was a solution that goes far beyond a direct point-to-point connection and decouples data producers from data users,” said Albrecht.

Such protocol allowed very different data types to be transmitted and the ability to re-establish broken connections without losing data.

“Data was already floating ‘in the cloud’ in 1999, long before ‘cloud’ became a buzzword,” said Albrecht. He explains that organisations benefit from this when they scale their operations with IoT, Big Data, analytics, and real-time monitoring to make the necessary data available for automation projects.

“The road has already been paved for your projects to enter the cloud with no additional software licenses or special hardware,” commented Albrecht.

For Siemens’ SIMATIC S7 Controller family, Albrecht highlights that there is an MQTT library with an MQTT client function available. The S7 CPU uses this to make process data available to the ‘MQTT broker’ such as AWS or Azure in the cloud.

The information is then distributed to additional systems that ‘subscribe’ to the data such as apps, analysis tools and ERP systems.

“Here’s how easy it is: Download the LMQTT_Client library. Create a TIA Portal project that includes the S7 CPU you want to use. Parameterise the CPU’s Ethernet interface with an IP address in the same subnetwork as the MQTT broker. If you use a cloud service like AWS, parameterise a router and a DNS server. Connect the CPU and MQTT broker via Ethernet,” explained Albrecht.

“Then load the project’s client in the global library, select the function block necessary for your CPU, and insert it in the ‘Program blocks’ folder via drag-and-drop. Done! The door to the cloud is now open,” he continued.