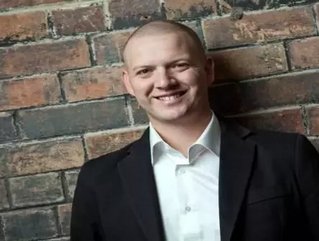 The general perception is that Web 2.0 is a creature of Silicon Valley: the latest hot property out of there is Flipboard which launched its first iPad app in July: 20 minutes later its servers died under the demand. You know you have a success on your hands when that happens. Flipboard allows you to ‘curate your own magazine’. Even the people who rushed to download it probably had no idea how they’d end up using it but it’s just the sort of application that Mike Stopforth, CEO of South Africa’s leading web marketing agency Cerebra has his eye on.

Mobile: the next frontier
There may not be a new Facebook or Twitter any time soon, but the space around the social web is still hotting up, Mike says. And Africa will benefit from its inherent ability to improvise and the fact that it is generally pushed into innovation by the unreliability of its infrastructures. “Everyone knows that mobile is the next frontier when it comes to Africa, purely because it is so much easier to enable a mobile network than DSL fibre network. The challenge is how do we make platforms and build applications that allow for customisation in ways that work for African individuals and nations.”

Modern communications have allowed western societies to rediscover something Africans have always known, that what we call work-life balance is a construct. The CEO of Saatchi & Saatchi Kevin Roberts said (of his iPhone): “I don’t do work-life balance: I do work-life integration.” Far from meaning that he is always at work it means that he gets the maximum value out of every hour of life. Being able to communicate and transact at the optimum moment means better quality of life.

A transferable model
Africa already has a culture of social integration, agrees Erik Hersman, founder and Director of Operations at Ushahidi, the successful homegrown Web 2.0 company based in Kenya that allows real-time monitoring of crises, elections, strikes and the like. “In Kenya we have 20 million mobile phones, 6 million internet users and 4 million who access the internet via their mobile phone. It is not surprising that Facebook was snapped up so rapidly here.”

Usage starts in the cities and has reached critical mass only in South Africa, Kenya, Nigeria, Ghana and Egypt – so far. “A lot of money is being put in locally, because even if it is an international platform, it is local advertising and local content that is being put on these networks.”

A very recent example is the adoption by Kenya’s Safaricom of South Africa’s most successful mobile messaging service MXit. It’s a lot cheaper than SMS, a USP that has won it more than 20 million daily users in South Africa, Indonesia and 120 other countries. “That was an important deal here in Kenya,” says Hersman: “but we haven’t begun to see penetration of network tools in most other African markets. There’s massive potential that hasn’t been tapped.”

And it’s something of an open goal, he adds. “You can take the models that have been successfully used in Kenya or South Africa countries and transfer them into these open markets where there are no competitors yet. It will take some investment but it is a huge opportunity and there is a model to follow. It’s not surprising that MXit is having some success in Kenya so why not elsewhere?”

Brands and bosses beware
Business needs to learn to follow the consumers’ lead, Mike Stopforth believes. “As well as absorbing marketing messages they are creating marketing messages, so as a consequence they can be either advocates or assassins for a brand! Savvy businesses and brands realise that the shift of power has definitely tipped towards the consumer in the last few years. The challenge for businesses is to see that as an opportunity not a threat.”

He notes that LinkedIn is a platform that has crept in under the radar and is being used by an increasing number of professional and academic Africans. “In South Africa people still tend to think Facebook is for kids but LinkedIn is used by people with real influence in the business world, not just for recruitment, though that was its core function, but increasingly for business contact and even as a platform for running projects.”

Not all businesses will like that; it is another example of consumer control. But if control is important to them they are in the old world anyway. The African way is intuitive and all embracing and it is well served by Web 2.0 networking.