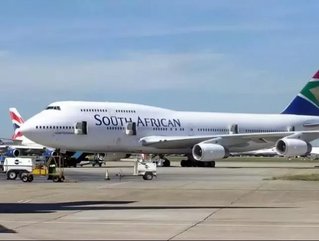 South African Airways (SAA) has announced that it will be launching its inaugural flight between Accra, Ghana and the US capital, Washington DC.

The announcement was made at the Labadi Beach Hotel in Accra, Ghana, at a function attended by government officials and aviation business leaders.

The new route will add to SSA’s already strong presence in Western Africa, and made its maiden flight from the Kotoka International Airport in Accra on Sunday.

Alongside inaugurating its new route, SAA also announced that it has concluded a Commercial Cooperation Agreement with Africa World Airlines (AWA), the Ghanaian domestic carrier which will enable it to offer customers further connections into West Africa.

“SAA’s decision to route some of its North American bound flights to Ghana, is based on sound business principles as there is considerable demand for passengers wanting to fly between Ghana to the USA. We anticipate that this route will add considerable opportunities for the growth of tourism and trade relations between Ghana and the United States of America.”