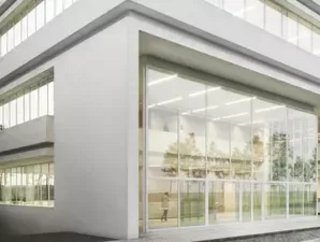 In a drive towards becoming the digital leader in the TIC industry, SGS launches state-of-the-art digital operations which it plans to roll out worldwide

As the world leader in testing, inspection and certification (TIC), it was perhaps inevitable that Swiss multinational SGS would want to become a digital leader of the industry too.

And in realising its goal to lead digitally in the global TIC industry, the company has taken its first step, establishing its inaugural Innovation Squad in Lisbon, Portugal, the first in a planned rollout of Squads worldwide.

Each Squad, wherever in the world it resides, will consist of products managers, designers, developers, and data scientists who partner with local and regional stakeholders to validate, build and release new digital services at scale and speed. Such a range of talent within each squad ensures clients are supported to improve and expand their operations via digital technologies.

The Squad will work closely with SGS’s business sectors including Natural Resources, Industries and Environment, Health and Nutrition, Knowledge, and Connectivity and Products.

Goal to become the most digital company in the TIC industry

The launch of its first digital Squad in Portugal is regarded as an important milestone for the company in achieving its long-term digital ambitions.

Furthermore, its Smart Simplicity goal is focused on the streamlining of processes and services by augmenting physical operations with artificial intelligence and machine learning. While its Customer First focus is all about being customer-centric by “enabling them to effortlessly interconnect, integrate and personalise their experience based on the right service for the right person at the right time,” adds Wouters.

New methodologies like Design Thinking, Lean Startup and Agile will enable SGS to focus on the customer, facilitate rapid exploration and only build what has value.

SGS is leader in TIC industry

Established in Switzerland in 1878, SGS has grown over nearly a century and a half into the industry leader in inspection, verification, testing and certification it is today providing analysis of products and substances for customers in nearly every country worldwide.

The company, which today is recognised as the global benchmark for quality and integrity, has grown from a grain inspection house in the 1870s to one with 93,000 employees and a network of 2,600 offices and labs worldwide.

Driven by innovation and an ambition to enable a ‘better, safer and more connected world’, along with its digital innovation ambitions, SGS is reaching its ambitious sustainability goals too – recently ranking in the top 10% of the professional services industry in the Dow Jones Sustainability Indices (DJSI) World and Europe for the eighth consecutive year.