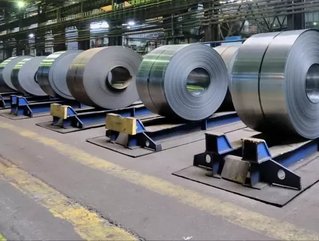 Thyssenkrupp and Tata Steel are to join together to create Europe's second biggest steelmaker.

The merger was announced in a statement on Wednesday as the pair signalled their intentions to take the fight to market leader ArcelorMittal.

Overcrowding of the market on the continent has also played a part in the decision from both companies as they face competition from cheap China imports.

The new entity, to be called Thyssenkrupp Tata Steel, will achieve annual sales in the region of €15bn and employ close to 50,000 workers.

"Under the planned joint venture, we are giving the European steel activities of Thyssenkrupp and Tata a lasting future," said CEO Thyssenkrupp Dr. Heinrich Hiesinger.

"Not only do we share a clear performance orientation, but also the same understanding of entrepreneurial responsibility toward workforce and society."

Due diligence on the deal will now take place, with the aim of signing the final contract in the early part of 2018.

Tata Steel's CEO Natarajan Chandrasekaran added: "The Tata Group and Thyssenkrupp have a strong heritage in the global steel industry and share similar culture and values.

"This partnership is a momentous occasion for both partners, who will focus on building a strong European steel enterprise."