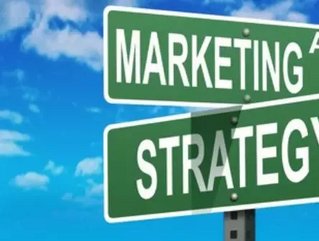 From the internet to social media to cell phones, there is no doubt that thanks to the communications revolution we are living through marketers are spoilt for choice when it comes to new ways to reach customers and prospective markets. Sure, there is much angst over how budgets are re-allocated, how activity is tracked and how the traditional media needs to evolve to remain relevant. But on the whole, life has never been rosier for marketers, with cheap, direct and effective ways of getting their messages across.

But when does too much of a good thing go bad? Just because you can reach customers in so many ways, armed with so much more information, it doesn’t always mean you should do so.

Over-eager companies risk turning customers off through non-strategic and ill-considered use of new marketing channels in a number of ways.

Just because you have access to so much more information on a customer – that they have voluntarily shared with you - doesn’t mean you should use it. For instance, new business intelligence tools, such as those from MicroStrategy, allow companies to mine Facebook, which along with Google is possibly the greatest repository of customer data in the world. But companies need to be sensitive to how they use this information to avoid coming across as a creepy stalker. Use the information to profile customers and spot trends, rather than use in personalised communications – unless of course the customer has requested it. A good example is location-based mobile marketing: being sent special offers when you have checked into a shopping mall could be seen as an invasion of privacy, or the best thing since sliced bread – depending on your point of view.

Final word of warning: play it extra-cautious with mobile marketing or when anything to do with the customer’s kids are involved.

There are two main potential pitfalls here. Firstly oversharing via a senior executive or brand account on social networks – Durex South Africa found this out when the employee responsible for the @DurexSA twitter account shared a series of entirely inappropriate and offensive jokes prompting a massive community backlash.

But another type of oversharing is also on the rise: this time from cause-based organisations and very often their well-meaning supporters. Hardly a day goes by without a gruesome pic of a poached rhino appearing on my Facebook newsfeed posted by people and organisations wanting to raise awareness around this very serious topic. However, they might be doing the exact opposite, with people becoming desensitised to or overwhelmed by the extent of the problem, and switching off rather than taking action. Nicole Jaq, the volunteer that looks after social media for the Domestic Animal Rescue Group (DARG) in Cape Town, South Africa, says that she sees the best response to posts that have an image in them or include a request for a specific donation. However, she says she limits her use of shock tactics and graphic images to urgent issues that she wants to raise awareness about.

Google’s clever ability to have ads related to certain topics “follow” a customer is a marketer’s dream. It allows them to get their brand in front of a customer who has shown interest in their product or service several times, even when the customer has browsed away from their site, until that customer is ready to buy. The problem comes in when you’re still being delivered ads for flights to Mozambique six months after your trip. Or, when you’ve searched for something you’re not usually interested in or need the information on a one-off basis only, and suddenly the internet is flooded with advice on how to jump start a car for months on end.

Another pet peeve is Facebook’s ability to deliver ads based on user demographics. Unfortunately what happens is that customers can be categorised too broadly based on a company’s assumptions meaning that for every 30-something female a company delights with its targeted kiddies’ clothing advert, it risks irritating another who doesn’t have children.

There is seldom a one-size-fits-all approach – you’re dealing with people after all. And when it comes down to it, to a large extent it remains a case of the more things change, the more they stay the same. Companies and brands should consider whether they would do something in a certain way “in real life” and then think about what this means for their online activities. A brand that would never dream of being thought of as a pushy door-to-door salesman might find that their online activities are creating that impression, souring rather than building relationships with their customers.