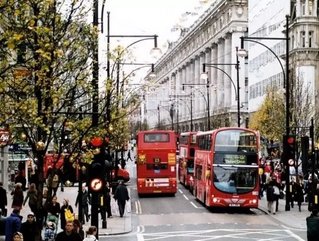 Visitors from the Middle East are Britain’s most zealous international shoppers according to a report released by its national tourist agency VisitBritain.

Particular items of interest include clothes and shoes, with Kuwaiti tourists being the most likely to buy these products. Some 79 percent of visitors from Kuwait will buy clothes or shoes, closely followed by 71 percent of those from Saudi Arabia.

On average, a visit from Kuwait delivers £4,000 to the UK economy and a visit from Qatar almost £3,000. By comparison, a French visitor will spend an average of £343.

Middle East tourists are however less likely to buy food and drink to return home with.

Richard Dickinson, CEO of New West End Company, added: “International visitors are increasingly important for London’s West End. The Middle East and China remain the top spending nations in the West End, with the latter spending £1,368 on average, but the appeal of shopping for designer fashion and accessories in London has also rippled out across South East Asia and we saw huge growth from Thailand and Malaysia last year.”

‘Shopping in Harrods’ was chosen as a top activity by almost one in five respondents (19 percent) when asked to select their top three ‘only in Britain’ dream holiday activities.