Tweeting to keep staff in touch 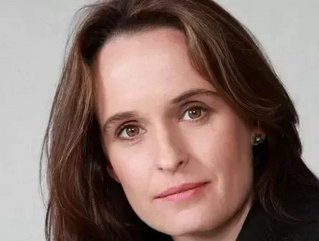 Social media is becoming more and more pervasive and has already been entrenched as a tool for external marketing, however what about internal communication? New research shows it might be groundbreaking there as well.

Harnessing social media for business purposes has been firmly embraced by the savviest companies, and recent research shows that lately, the country’s best employers are relying on it heavily for internal communications as well.

“Data from the CRF Institute shows that amongst certified Top Employers in South Africa, there has been 171 percent increase from 2011 to 2012 in using social media to communicate with staff,” said Samantha Crous, CRF Institute Regional Director: Africa & Benelux.

“Of course, there is always the risk that social media will hinder communication, as the informality of the medium can encourage fast and loose language use or an unprofessional tone. But for some, using social media is the only way to keep internal communication alive – language gap or no language gap.”

The CRF Institute is the organisation behind the international Top Employers projects, which certifies the country’s top employees annually. In these projects, the company independently researches and audits the HR policies and employee offerings of leading companies in over 45 countries across the globe

Technology company Avanade, a certified Top Employer, said it has had no problem with communication breakdowns or unprofessionalism – but rather, that social media has contributed positively to the company culture.

HR manager Carmen Short said staff members have been self-regulating, using their discretion to create clear, readable and professional posts. She said: “We have had no concerning tweets.”

“Social media is one of those platforms where communication, innovation and best practices are shared daily.”

The UK-based community Vets Now, meanwhile, uses a social media platform to communicate with staff because their employees work in isolation, with only animals for company. Without the platform, there’s no communication at all.

“It is no coincidence that GIBS and UCT GSB are running social media executive programmes,” said entrepreneur Mike Stopforth. “There is a need for education in this new arena. When technology leaps forward, find a way to harness and leverage it; don't avoid the trend - you will regret it later.”

Writer Joel Don echoes that the technical generation gap is closing, and that companies who do not keep up will have cause for regret. “The trend is going against the laggards,” he said. “Research from the Pew Research Centre continues to showcase increasing numbers of Baby Boomer generation members gravitating to social networks.”

She said:  “You make your employees feel heard, you can promote new products and services, reach staff faster, build relationships, increase internal brand awareness and position your organisation as a group of thought leaders.”

Crous added: “Social media is essential, to brainstorm, to educate and to share knowledge. It’s a tool for creating a positive working environment. Moreover, staff can be incentivised to use social media externally as well – competitions for who posts the most Tweets, who has the most followers, et cetera – which, as a reward system, compounds staff’s positive feelings about the company.”

She believes that it’s a good idea to use a dedicated internal platform for internal communications, so as to “keep internal issues internal”.

However, she adds that excessive monitoring of content can do more harm than good. “Seeking to control the conversation can be prohibitive to making social media work for the organisation in building authentic lines of communication,” she said. “Knowing where to draw the line between a healthy communication policy and monitoring, and control is critical.”

Crous adds that content should be read regularly, partly for monitoring purposes and partly so that employees feel that they are being heard. Real names should be used, to facilitate honesty and accountability, and workshops should be held with communication guidelines.

“In addition, encourage the use of plain English – not SMS-speak or jargon – and set clear rules, but not so many that people lose track. And focus on positive content.”

Most importantly, said Crous, the company culture should be taken care of at ground level, so that underlying issues are prevented before they arise. “If you have sound HR policies in place and your staff is happy, it’s likely that social media comments will be positive as well,” she said. “A strong organisational culture goes a long way.”