UAE Urged to Get Social with Government 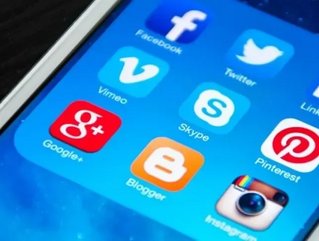 Although the UAE leads the Arab region in the utilization of social media channels for the provision of public services, the user interaction with government remains to be optimized, according to a study by ICDL Arabia.

This survey titled ‘2014 UAE Social Media Outlook: Increasing Connectivity Between Government and Citizen,’ calls on the public and business to further utilize social media as a strategic platform to discuss and resolve issues of public importance in a timely manner, increase awareness of government initiatives, and collate feedback.

While more than 78 percent of users visit government social media pages to access information, only eight percent provide their opinions or suggestions.

Jamil Ezzo, Director General, ICDL Arabia, said: “The UAE tops the region in the use of social media platforms such as Facebook, Twitter and LinkedIn. There were five million Facebook users in the country in October 2014, up from 4.4 million at the beginning of 2014 and 2.1 million LinkedIn users, up from 1.77 million.

“The statistics reveal a penetration rate of 60 percent for Facebook and 25 percent for LinkedIn for the same period. The emergence of social media channels has offered a quick and easy platform to nationals and residents to reinforce their ties with various government offices and present an individual’s perspective to concerned authorities. Looking to add pace to these figures, ICDL has added Online Collaboration to its list of modules, which helps people develop their social skill sets.

“The UAE’s government entities have yet to harness the full potential of online social media as a platform for healthy debates, engaging competitions, and valuable suggestions and not just a source of information.

“There is a growing need for more advanced training programs in the UAE which can educate people on the safe and secure use of online collaborative tools for a more engaging and interactive experience on social media platform.”