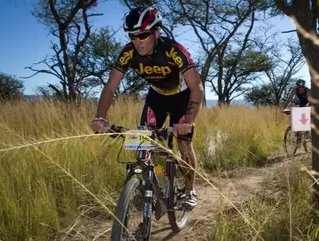 Is viral marketing really a category in its own right? Is it either accurate or feasible to say you offer viral marketing services, or have launched a viral marketing campaign? This implies that you can plan and predict a campaign “going viral”. Or is it more a case of the best a marketer can hope for is to set the scene, make sure all the right ingredients are in place, and then, if the timing is right, see the campaign go viral?

The latest piece of what I would consider truly viral content doing the rounds on the internet is ‘Buck Norris’ – the video clip of 17-year-old cyclist, Evan van der Spuy, being knocked off his bike in KwaZulu-Natal, South Africa by a red hartebeest. At the time of writing, in less than a month almost 12 million people have watched the original clip posted on YouTube, not to mention hundreds of thousands of views of secondary clips, as well as spin-offs (you know you’ve made it on the internet when someone spoofs you), and international news coverage from UK daily Metro to online newspaper the Huffington Post.

Key to the clip was timing, both of the filming and the encounter, but key to the clip going viral was Max Cluer, owner of Team Jeep South Africa and organiser of the cycling event posting the clip up to YouTube immediately, while there was still buzz amongst the immediate audience about the incident. These Twitter and Facebook conversations were an ideal vehicle for making the clip spread virally around the world, earning Cluer’s Team Jeep brand unprecedented exposure, thanks to the logo on Van der Spuy’s cycling kit.

This is also crucial to laying the foundation for a piece of content to go viral: don’t be overly promotional. Team Jeep was seen in the context of super-awesome content that was worthy of sharing. It wasn’t a Team Jeep advert. Brian Mung’ei, Head of Business Development at Nairobi, Kenya-based web and marketing agency, Pamoja Media agrees:

“Don’t make the campaign an advertisement. A campaign doesn’t need to educate people about the product but rather on the benefits of the product. Think of a perfect online ad as a ‘behind the scenes’ version of a normal commercial TV advert. This means one needs to have a different mindset in that it’s not pushing a brand or product, rather about story-telling. The product does not even have to appear anywhere on the video for people to understand the ad and remember it,” he says.

Bozza’s Head of Brand Strategy, Catherine Lückhoff takes it a step further saying: “You don't create virals – content either becomes viral or it doesn't. All you (agency, client, marketing person etc.) can do is to know your market and create content that is sticky. Our experience is that contextually relevant local content is key. Content has to add value; be that through entertainment, education, a combination of, or giving users access to information.”

Bozza is a case in point. Dubbed a mobihood - a mobile neighbourhood – Bozza allows communities across Africa to share their stories and interact via a mobile phone. It launched a proof of concept on MXit in 2010, with hyper-local made-for-mobile video content. Within three days it had 40,000 subscribers and within three months, 170,000.

It can be pretty scary for brands to realise how little control they have over their brand anymore. But for content to truly become viral, they need to give up this control – or face an unpleasant viral backlash, as Brandhouse found out when it lost its sense of humour back in 2009 over user-generated spoofs of its Lou Gossett Jr. ad campaign.

Pamoja Media’s Mung’ei advises brands: “The web gives the audience greater control of how to interact with the campaign such that they can save, replay and most importantly share the advert within their networks. Ensure the video is free to access, download, embed and share online. This is basically the underlying essence of viral campaigns. If someone has to log on to your website to be able to view the advert and then ‘like’ your Facebook page to share it, someone needs to get fired.”