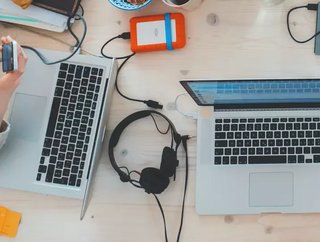 Tech skills shortages reach all-time high in the UK, as record number of digital leaders plan to boost their technology investment and headcount

The rapidly growing UK tech sector could be in danger of stalling as skills shortages in tech roles have reached record levels.

According to data from Broadbean Technology, demand for tech skills across the UK increased 66% between Q3 of last year and Q3 2021, indicative of the continued pressure facing UK firms to digitise their businesses. Yet in contrast application numbers for tech jobs fell 41% during the same period, showing the widening gap in the shortage of tech skills.

The reasons are multiple, but among them, that since the pandemic, organisations have been forced to re-imagine the way they do business, and push their digital transformations further and faster than ever before, putting technology at the heart of how they operate.

Investment by organisations in technology and in technical expertise is at record levels, rising by more than a third since 2020, according to The Harvey Nash Group Digital Leadership Report, the world’s largest survey of senior technology decision-makers.

Some 61% of companies surveyed say they plan to boost their technology investment, while 66% are intending to up their tech headcount.

Creating new products and services has become a top-three board priority for the first time since Harvey Nash’s research began with almost half of UK companies planning for transformation in the next 2-3 years.

“With businesses planning record levels of digital investment, we could be standing on the verge of a ‘second renaissance’ for technology,” says Bev White, CEO of Harvey Nash Group. “These ambitions are coming under threat from the acute skills shortages that are now worse than ever before.”

According to White, businesses “face a triple whammy”. Not only do they lack the supply of skilled resource, but they have not yet evolved a new and effective employee proposition for the hybrid working world.

Add to this the fact that the skills they need for themselves are also changing as technology develops at pace, and you have a “potent cocktail of challenges”.

There are further factors impacting on the amount of tech talent in the UK. The lack of women entering the sector, and especially those in leadership roles, is growing at a snail’s pace. Just 12% of digital leaders surveyed were female, with the average proportion of females within the tech team just under a quarter.

And tech talent is leaving the industry, according to the report, with many reassessing their priorities post-pandemic, relocating overseas for more money, or leaving due to stress. The report found that WFH had impacted the welfare of tech employees with 6 in 10 digital leaders in the UK reporting a decrease in the mental wellness of their tech teams.

The most sought-after tech skill in the UK is cyber security with 43% of technology leaders indicating a shortage of cyber security professionals, marking the highest-ever demand for such skills, jumping by more than a third in 2021, according to the report.

However, it is the shortage of developers which is rising fastest, with 32% of tech execs struggling to find them. Identified as one of three jobs with the worst skills shortages in the UK – behind HGV drivers and nurses – this shortage comes on the back of increased demand for developers as companies in the UK are focused on creating new products and services, and need developers to do this work.

So, what are digital leaders doing in the face of such unprecedented skills shortage?

In response to these unprecedented skills shortages, digital leaders in the UK are aiming to broaden the skillsets of their tech teams, with more than half planning to cross-train people from other parts of their organisation.

Outside of training and using niche consultancies to bridge the gap, almost half of digital leaders in the UK have widened their geographical net to source new talent, as hybrid working becomes more commonplace.