The 20th anniversary of AfricaCom was held this week 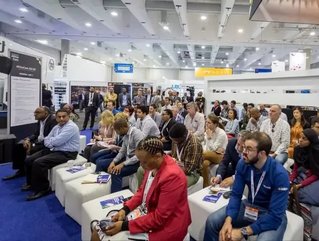 Between 13 and 15 November, Africa’s largest technology-focused event received a record number of visitors, exhibitors, and speakers, as well as witnessing new launches and cutting-edge products

AfricaCom was established to solely focus on telecommunications market across the continent, however now the event hosts and embraces all forms of technology.

Many of the conversations were centred on connectivity, including the cost of data and the deployment of satellite as a viable mean of connecting Africa.

However, with the progressing problem of digital inclusion, the event gave a lot of attention to digital democracy leading on to education.

“Connecting people is one thing but teaching them how to make the most of that connectivity and the tools to hand, is another thing entirely” commented Rapelang Rabana of Rekindle Learning.

Raj Waniappa, Future Horizons, argued that the people of Africa need to contribute to their own digital ecosystem, dealing with the digital issue domestically.

The AfricaCom 20/20 showcase displayed all that the continent had to offer in terms of the development of technology, media, and telecommunications.

uGoMyWay, the cape-based carpooling app, won the innovation award from the showcase.

The conference was once again held at the CTICC, Cape Town.