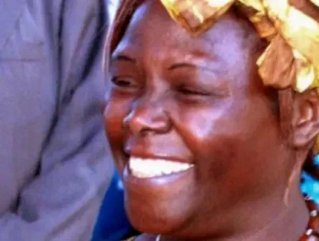 The first African woman to win the Nobel Peace Prize has died aged 71.

She won the Nobel Peace Prize in 2004 for promoting conservation, women's rights and transparent government.

Maathai was elected as an MP in 2002 and served as a minister in the Kenyan government.

Maathai founded the Green Belt Movement, which has planted 20-30 million trees in Africa.

“It is with great sadness that the family of Professor Wangari Maathai announces her passing away on 25 September, 2011, at the Nairobi Hospital, after a prolonged and bravely borne struggle with cancer," the Green Belt Movement said in a statement.

"Professor Maathai's departure is untimely and a very great loss to all who knew her - as a mother, relative, co-worker, colleague, role model, and heroine; or who admired her determination to make the world a more peaceful, healthier, and better place."