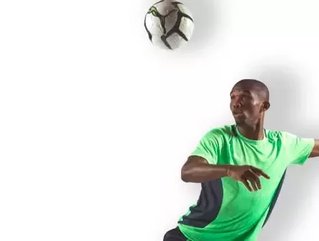 One of the most decorated African players in the history of the game, Samuel Eto’o sent shockwaves through the football world in August when he left Inter Milan to join Russian side FC Anzhi Makhachkala to become the highest paid player on the planet.

Reportedly earning a salary of €20.5 million per season, the Cameroon captain signed a three-year deal for a fee said to total $36 million plus performance-related add-ons. Counting Puma and Ford among his sponsors, (Eto’o drives the iconic Ford GT) Eto’o could rake in much more through personal promotions and advertising deals.

Experts have seriously questioned the 30-year-old’s move to Russia. After all, the four-time African Player of the Year netted his highest number of goals (37 in all competitions) just last season at the San Siro.

But a glance at his incredible record shows that Eto’o does not have much more to achieve at club level bar a stint in the English Premier League. After beginning his career at Real Madrid (but only making three appearances for the club), he moved Mallorca and on to Barcelona where he scored 130 goals in 200 appearances. Lifting the UEFA Champions League twice with the Spanish giants, he went on to clinch the prestigious club trophy again in with Inter in 2009-10.

Officially ranked the world’s best Test bowler, 28-year old Steyn was the most expensive South African cricketer at the 2011 Indian Premier League (IPL) auction. Deccan Chargers snapped Steyn up for a cool $1.2 million; while back home he plies his trade for Cape Cobras, counting sports giant Slazenger among his sponsors.

Despite a humble beginning in the Test arena, Steyn perfected his action and announced himself on the world stage when South Africa hosted New Zealand in 2007-08, taking 10 wickets in the first Test match. Whenever Steyn bowled, wickets seemed to fall and in 2008 he became the fastest South African to reach 100 Test wickets. His remarkable figures at the end of 2008 - 86 wickets in 14 matches at an average of just over 18 - saw him crowned the ICC (International Cricket Council) Player of the Year.

Despite rumours of a possible retirement at the end of this year’s Rugby World Cup, 34-year-old Matfield is still a force on the international stage. The lock won the IRB (International Rugby Board) Player of the Tournament accolade when the Springboks lifted the Webb Ellis Cup in the 2007 tournament.

Matfield plays for the Blue Bulls in the Currie Cup and the Bulls in the Super 14, having captained both sides along with his country. His biggest money move came in January 2008, when he signed for French division two outfit Toulon on a six month contract for a rumoured R4 million. One of several high profile players signed by the club, including former All Blacks captain Tana Umaga, Pietersburg-born Matfield helped them to clinch promotion before returning to South Africa.

The former world number one has enjoyed sustained success in his 22-year professional career so far. Els, from Johannesburg, is the leading career money winner on the European tour, amassing €26,088,556 in prize money and topped the European Order of Merit (money list) in 2003 and 2004.

Known as ‘The Big Easy’ due to his height (6 feet, 3 inches) and effortless swing, major highlights in Els’ career include US Open wins in 1994 and 1997 and the Open in 2002, while he has won the World Match Play Championship in Spain a record seven times. His excellent CV however could have been even more impressive considering he has finished runner-up in six majors, and second to Tiger Woods more often than any other golfer.

Off the course, 41-year-old Els has his own golf course design business and an esteemed wine-making business. He also campaigns for his Els for Autism Foundation, which was established in 2009 after his son Ben was diagnosed with the condition.