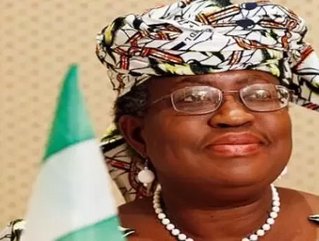 Africa’s hopes of having its own candidate at the head of the World Bank were dashed today when Jim Yong Kim was chosen as the successor to Robert Zoellick.

Nigerian Finance Minister, Ngozi Okonjo-Iweala, was backed by much of Africa to take up the role. As a former Managing Director of the World Bank in 2007, Okonjo-Iweala has a very good record as an economist.

Dr Kim, a Korean-born American public health professor, keeps up the tradition of US candidates clinching the job for the past 50 years.

Kim was supported by the US, Europe, Japan and Canada and became the first US candidate to beat off serious competition from a non-US rival.

Before the announcement, Okonjo-Iweala said: "You know this thing is not really being decided on merit.”

"It is voting with political weight and shares, and therefore the United States will get it.

"We have won important victories and shown what is possible. Our credible and merit-based challenge to a long-standing and unfair tradition will ensure the process of choosing a World Bank president will never be the same again. The hands of the clock cannot be turned back," she added.

Kim will take up his new post on July 1 after Zoellick steps down as head of the World Bank.