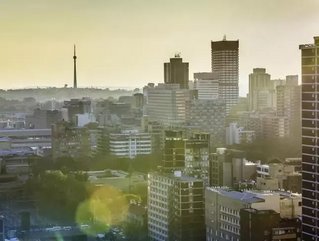 Since 2012, the African Development Bank (AfDB) has invested US$13bn in South Africa.

"Our countries are not poor. We are very rich. We have all the resources needed for one to be rich. We have huge population, large number of wildlife, vast plant species, marine ecosystem, minerals and hydrocarbons,” commented Tanzanian President, John Magufuli who attended the SADC summit.

AfDB heavily invests in South Africa, its key projects include: a US$5bn investment in ESKOM, to provide power to South Africa and a US$114mn investment in Mauritius for its St. Louis power plant, which provides 36% of the population with electricity.

“For every dollar of paid-in capital by the region, it received about US$19 in investments, an impressive 19:1 leverage ratio,” said AfDB President, Akinwumi Adesina.

During his speech, Akinwumi Adesina highlighted the importance of “Unlocking the potential of the Inga hydropower project in the Democratic Republic of Congo,” due to its potential of 44,000MW which could power the whole region. “I see a brighter future for the SADC region,” concluded Akinwumi Adesina.

Other investments by the bank include: a US$300mn funding for the expansion of Walvis Bay Port, doubling its capacity and allowing improved port access to Zambia, Botswana, and Zimbabwe. As well as a US$500mn fund for the Nacala corridor that is expected to expand regional trade by 25% and reduce transport cost by 15-25%.