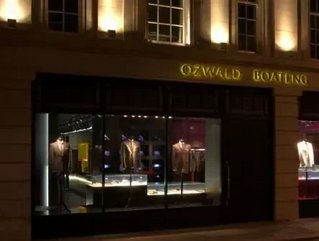 African Fashion Week came to a close in Johannesburg on Saturday evening with a controversial climate change-themed show.

David Tlale’s show got mixed reviews, although the three-day event in Sandton was hailed a success.

Ozwald Boateng scooped the Designer of the Year (international) award, which is presented to the designer judged to have made the biggest global impact.

Boateng, of Ghanaian descent, has been based at London’s famous Savile Row for the past 20 years and said he felt privileged to win his first African award.

"That's a special thing. I have been doing this for a while and have never said that Africa is my inspiration," he said, adding that watching the work of 30 designers was a “great start”.

The Designer of the Year (Africa) award was won by Nigerian Lisa Folwaiyo's label, Jewel by Lisa while Bethann Hardison, an African-American, works for Italian Vogue, won the Outstanding Contribution to African Fashion award. Kenyan model Ajuma Nasenyana was named Model of the Year.