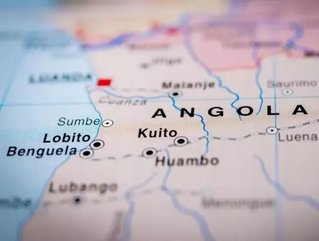 Antonio J. Silva Transportes e Logistica (AJS), Angola’s leading full-service solutions and Logistics Company for the transportation industry, has announced that it has broken ground on its first trailer and flatbed manufacturing facility. Located in Viana’s Industrial Zone, the new factory is scheduled to begin production in September 2016. The factory will produce trailers, as well as flatbeds including large flatbeds for moving heavy machinery.

Luis Silva, CEO/Managing Director of AJS said: “We are beginning to fulfil the promise of creating a diversified company with a focus on a number of different businesses. We are leveraging our 40-year expertise in transportation to focus on an immediate need in the industry: availability of dependable, well-made equipment. By building here in Angola, we considerably reduce the costs of importing these items, thus further optimising the transportation industry in Angola.”

While AJS will be utilising some of the trucks for its own business, it also expects to see considerable demand for its manufactured products. The primary customers for the trailers and flatbeds produced at the factory will be Angolan-based transportation companies

Read our interview with José Filomeno dos Santos, Chairman of the Board of Directors of Angola's sovereign wealth fund.

Silva continued: “We are seeing tremendous interest from all quarters in the output of this new factory.  Additionally, we are very pleased to be launching this enterprise at this crucial juncture for Angola’s economy and we remain dedicated to creating new ideas and revenue streams and continuing to grow.”