Apple loses its core as Steve Jobs quits as CEO 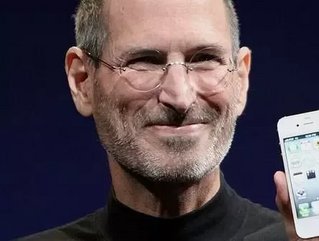 Steve Jobs sensationally stepped down from his role as Apple Chief Executive Officer yesterday, writing an open resignation letter to the ‘Apple Board of Directors and the Apple Community’.

Jobs, who was diagnosed with pancreatic cancer in 2004, underwent a liver transplant in 2009 and announced a medical leave of absence in January this year.

Although he returned to unveil the iPad 2 in March, it would seem that the 55-year-old’s health problems have worsened as he stated in his resignation letter: “I have always said if there ever came a day when I could no longer meet my duties and expectations as Apple’s CEO, I would be the first to let you know. Unfortunately, that day has come.”

Jobs will continue to serve as the Chairman of the Board, but what’s next for the world’s biggest technology company and who will take on the daunting task of filling the co-creator’s shoes?

Well, Apple has been quick to name his successor – former Chief Operating Officer Tim Cook, who fulfilled the CEO role in Jobs’ 2004 and 2009 absences.

With the technology world awaiting details of the seemingly imminent release of the iPhone 5 with baited breath, it is hard to know what to expect from the technology giant.

“I believe Apple’s brightest and most innovative days are ahead of it. And I look forward to watching and contributing to its success in a new role,” Jobs said in his letter.

Whatever the future holds, there is no doubting that Jobs’ 14-year reign as Apple supremo was an unprecedented success.