Bank of Africa Tower to be heart of Bouregreg Valley Development 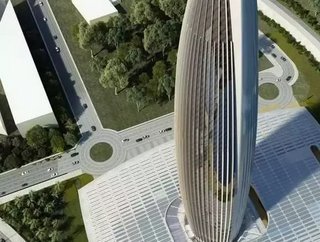 The BMCE Bank of Africa Tower is scheduled to begin construction in November, with completion estimated for May 2020. The project sits at the center of the Bouregreg Valley Development, an initiative to build a 6000 hectare, modern eco city “at the heart of the Rabat-Salé-Témara metropolitan area”, which is bisected by the Bouregreg River.

Established in 2006, the Bouregreg Valley Development’s goals are to “[create] an eco-city in harmony with the heritage and environment of the site”, as represented by its four central objectives: “To protect the environment of the valley, promote a social and civic approach, preserve and rehabilitate heritage, [and] improve the living environment of the population”.

The Top Ten tallest buildings in the world

Top Ten most expensive buildings in the world

The tower has been designed by architects Rafael de la Hoz and Hakim Benjelloun, and will be the tallest building in Africa upon completion, reaching 250 meters in height, with 55 floors.

KH News reports: “the tower will be the centrepiece of the Bouregreg Valley Development Project”, which itself is part of the “Rabat City of Light” initiative, a coordinated effort by the kingdom to invigorate the culture of what is traditionally viewed as a “a city where nothing happens, living according to a monotone rhythm that rubs off on its inhabitants” according to Smart Cities: Dive.

Smart Cities’ report on the transformation, which includes the Bank of Africa Tower and a new Grand Theater of Morocco, states: “Rabat wants to create an image of itself as a cultural city. As an imperial city classified by UNESCO as part of humanity's world heritage, the administrative capital is also a city that breathes easy: 20m² of green space per inhabitant, which is double what is recommended by the World Health Organization.”