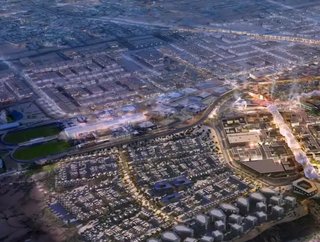 Saudi Arabia has announced it will build the world’s first non-profit city, in a bid to further its diversification strategy and propel the Kingdom to the forefront of urban innovation and entrepreneurship.

This new enterprise builds on the country’s Vision 2030 strategy to diversify its economy, reach net zero by 2060, and move away from its reliance on oil; and follows the country’s previous commitments of building futuristic megacity NEOM, and as part of this, zero-carbon city, The Line.

Aimed at overhauling the structure of Saudi Arabia’s economy, primarily to reduce its historical high dependence on oil, Vision 2030 is Saudi Arabia’s bold vision for economic diversification and social reform, to boost both innovation and entrepreneurship.

Designed as a model for the development of the non-profit sector globally, the city is set to be an incubator for youth and volunteer groups as well as local and international non-profit institutions.

Located in the Irqah neighbourhood, in the western part of the capital Riyadh, the city will host academies and colleges, as well as a conference centre, science museum, and creative centre offering a space to support the ambitions of innovators in sciences and new generation technologies such as AI, IoT and robotics. There will also be an arts academy and gallery, performing art theatre, play area, cooking academy and integrated residential complex.

Centred around humans rather than vehicles, it is being designed to be sustainable, pedestrian-friendly with 44% of its space dedicated to green open spaces.

This non-profit city is the latest major project and development to be announced by the Kingdom, with its previously announced megacity, NEOM, currently under construction and set to be completed by 2030.

Located in northwest Saudi Arabia on the Red Sea, the US$50 billion futuristic megacity NEOM is being built as an innovative entrepreneurial destination of the future, where the creation of business and reinvention of environmental conservation will go hand-in-hand.

Set to be the home and workplace to more than a million residents from around the world, this megacity will feature towns and cities, ports and enterprise zones, research centres, sports and entertainment venues, and tourist destinations.

As a hub for innovation, entrepreneurs, business leaders and companies, it will be a place for research, incubation of ideas and commercialisation of technologies and enterprises.

According to Joseph Bradley, head of technology and digital of NEOM, the project is not about building a smart city, but about “building the first cognitive city, where world-class technology is fuelled with data and intelligence to interact seamlessly with its population”.

The first major construction project of megacity NEOM, eco-friendly project The Line, was announced at the beginning of 2021.

This zero-carbon city, which is expected to contribute US$48bn to the Kingdom’s economy and create 38,000 jobs by 2030, will be built on a 170km straight line, hence The Line, marking the first time in 150 years that a major urban development has been designed around people, not roads.

A revolution in urban living, the Line, or city, would have “zero cars, zero streets and zero carbon emissions”, according to Crown Prince Mohammed bin Salman, and would be populated by one million residents from around the world. Residents will be able to travel from one end of The Line to the other in 20 minutes via a high-speed rail service.