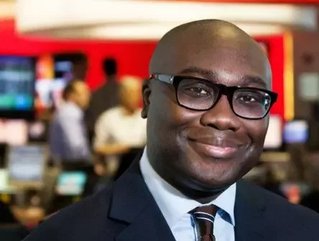 The BBC has revealed that its daily news channel, Focus on Africa, will be the corporation’s first outlet dedicated to an African audience. Focus on Africa will be broadcast from 18 June via BBC World News to audiences outside the UK. It will air from 17:30 GMT from Monday to Friday each week.

The BBC has also joined forces with free-to-air local television stations in Africa, who will also be broadcasting the channel.

Komla Dumor and Sophie Ikenye will be the main presenters of the 30 minute programme.

In a statement, the BBC states that the programme, in English, aims to bring together the expertise of the BBC World Service’s African Service and BBC World News.

Presenter Dumor said, “After decades of turmoil and uncertainty, a new Africa is emerging. The old stereotypes are being challenged and a new, compelling narrative is being written. I am incredibly excited to be part of a new BBC programme that will provide solid coverage and analysis of Africa's challenges and prospects.”

Solomon Mugera, the Editor of the BBC World Service's African Service, said the BBC already had deep roots in Africa with a weekly audience of 77 million. “While radio remains popular in Africa, TV is growing,” he said. “Africa is now one of the fastest developing news markets in the world - this new investment will expand our services for African audiences.”