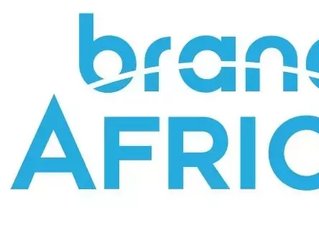 The 2nd year of Brand Africa, an initiative designed to unlock Africa’s potential and inspire the continent’s growth, reputation and competitiveness, was launched today in Johannesburg.

The awards were presented at the Johannesburg Stock Exchange (JSE) by Brand Africa in collaboration with Brand Finance plc (UK), represented by CEO and founder, David Haigh. The audience included market-place analysts, decision makers and members of the media. The launch is the forerunner to the Brand Africa FORUM, Brand Africa expo and Brand Africa 100 events, which will take place in Johannesburg 29 September - 1 October 2011.

MTN, the only African brand to be included in the BrandFinance 500,was recognised as the award as the most valued African consumer brand.

Brand Africa is an independent pan-African brand-centric initiative for African leaders, decision-makers, citizens and influencers to shape the agenda and change perceptions of Africa through its various programmes. This is a programme that promotes ongoing dialogue by facilitating opportunities to shape the growth, reputation and competitiveness of sovereign nation brands and, ultimately, the collective African brand.

Brand Africa valuation was conducted by Brand Finance, the world’s leading independent brand valuation consultancy,which looks at the financial worth of a nation brand, taking into consideration both the financial position (past and present) of a nation, as well as the strength of the nation’s brand.

The research investigates the value drivers of a nation, i.e. what a nation is worth, how it generates value and what the year-on-year change is in the value generated. It also provides an opinion on the value of the strongest and most-valuable brands in the world.

The league table is critical to fully understanding the value drivers of a country and how these drivers affect that nation’s brand. It also helps with understanding the basis of both tangible and intangible value creation through impacting key stakeholders, which then generates foreign direct investment, exports and tourism.

The research is based on a multitier methodology that encompasses qualitative, quantitative and secondary research developed by the Brand Leadership Academy in partnership with TNS, a globally respected consumer knowledge and information company.

“The BrandFinance Nation Brands league, launched on Africa day, is an important milestone for African nations in their quest to build independent and distinct nation brands that recognises that Africa, while speaking  in one voice a 54 sovereign countries at various stages of development,” says Thebe Ikalafeng, founder and chairman of the Brand Africa Initiative.

He contends that the image of Africa does not reflect its growth and entrepreneurial spirit  that has seen Africa outpace developed economies and growing at 5% during tough global economic conditions. “Key to Africa’s growth and future are dynamic African businesses and brands, and an enabling business and political environment that will be a catalyst for Africa’s independent agenda and economic emancipation.”