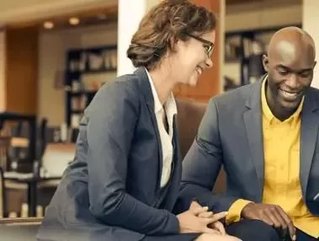 Business Chief Africa takes a look at the 10 most valuable brands in South Africa, according to Business Insider. South African brands grew in value by an average of 8% in 2018. Jeremy Sampson, executive director of Brand Finance Africa said that “the potential for South Africa going forward is huge, especially as new brands such as Capitec emerge.” Let’s see which companies made the list.

Headquartered in Ferndale, Johannesburg, MultiChoice is South Africa’s most valuable television service operator. The company provides satellite television and streaming services across sub-Saharan Africa. Multichoice is a subsidiary of the Naspers media conglomerate. Business Insider valued the MultiChoice brand at US$1.02bn in 2018.

With headquarters in Johannesburg, Nedbank is one of the largest banks in South Africa, with total controlled assets of $71bn, including 704 locations and 4,193 ATMs across the continent. The company employs 31,592 people across 39 African countries, through its 2014 alliance with Ecobank Transnational Incorporated. Business Insider valued the Nedbank brand at $1.06bn in 2018.

Sasol Limited engages in the provision of services regarding mining, chemical processing and distribution, and the sale of explosives, fertilizers, polymers, and mining reagents, as well as alcohols, ketones, acrylate monomers, and other oxygenated solvents for use in various applications, such as aerosols, cosmetics, fragrances, packaging, paints, adhesives, pharmaceuticals, polishes, printing and plastics, mining, pulp and paper, steel, textiles, water treatment and purification, agricultural fertilizers, and chemicals, according to Bloomberg. The Sasol brand in South Africa was valued at $1.12bn in 2018.

Founded in 1931 and headquartered in Cape Town, Woolworths SA is a multinational retail company operating over 1,400 locations throughout Africa and the Middle East. According to Harvard Business Publishing, the original concept for Woolworths in South Africa was to emulate the UK’s Marks & Spencer. Now, Woolworths’ brand includes lines of fashion, beauty, home goods stores and premium food retailing. The company reported net sales of $530mn in 2018 and its brand was valued at $1.3bn by Business Insider.

Headquartered in Johannesburg, Standard Bank Group is the largest banking group in South Africa by assets, with a portfolio valued at $149bn. The bank operates in 20 countries, employs over 54,000 people, and also has a strategic partnership with the largest bank in the world, Industrial and Commercial Bank of China, which has a 20% stake in the group. Business Insider valued the Standard Bank brand at $1.32bn in 2018.

Based in Johannesburg, First National Bank (FNB) is the country’s oldest bank, originally founded in Grahamstown in 1838. FNB provides personal, private, business, commercial and corporate banking services to millions of customers in South Africa and Botswana. In 2017, FNB received the SAcsi awards for best cellphone banking, best online banking service and best banking app, and in 2016 the bank received the Bank with the Strongest Reputation Award from Rep Trak. Business Insider valued FNB’s brand at $1.39bn in 2018.

The second-largest telecommunications provider in South Africa, MTN was founded in 1994 and currently holds a 37% market share in the country’s mobile, telecommunications sector. MTN engages in the provision of voice, data and digital services to retail customers in the 22 countries. The company also offers services to corporate and public-sector customers in a total of 24 countries. The group’s services currently have over 230mn subscribers worldwide and the company recently partnered with Orange to bring its Mobile Money banking services to 22.2mn customers in South Africa, Zambia, Uganda, Swaziland, Rwanda Liberia, Ivory Coast, Guinea Conakry, Cameroon and the Congo. Business Insider valued the MTN brand at $3.16bn in 2018, almost as much as the next two leading South African brands combined.

With 103mn customers worldwide, Johannesburg-based telecommunications provider Vodacom is the largest mobile communications company in South Africa. The company provides mobile voice, messaging, data, financial, and converged services to the consumer, business, and enterprise customers, according to Bloomberg. In late 2018 the company announced that Ms. Thoko Mokgosi-Mwantembe and Mr. Ronald Schellekens have resigned as directors of the company and will step down from the board, to be replaced by Ms. Phuthi Mahanyele-Dabengwa, as an independent non-executive director and Mr. Thomas Reisten, as a non-executive director. In 2018, Business Insider valued the Vodacom brand at $1.97bn.