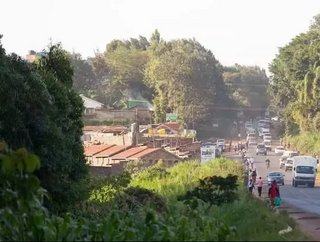 Construction work on the 5000-acre multi-use infrastructure, Tatu City, located in Kiambu County, has been brought to a halt.

Following a decision made by the High Court, building on the site has been temporarily stopped.

This decision follows a dispute between Tatu City Ltd and Ongata Works Ltd – a local contractor hired to construct trunk and access roads, as well as other infrastructural projects on the site.

The deal between the two companies has been valued at Sh1.4bn (US$13.5mn).

Justice Francis Tuiyot made the decision to order Ongata Works to execute a bond of Sh140mn ($1.4mn) as a condition for granting the injunction.

The contactor and developer differed, apparently caused by the contractor failing to follow instructions, which resulted in Tatu City demanding Ongata Works to leave the project in 14 days.

With this, Ongata Works went to court to ensure that the developer could not evict them from the site.

Prior to the court’s most recent decision, Justice Joseph Onguto ruled for the remains of staus quo, allowing Ongata to continue working on the infrastructure, pending further hearing.