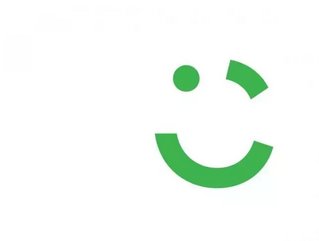 Careem has announced the appointment of Ramy Kato as the Head of its operations in Egypt in addition to his current role as Vice President of Careem Care. Careem is the region’s leading app-based car service that makes ordering chauffeur-driven cars reliable, safe, convenient, and affordable. Customers can book a car by using the company’s app, website or by calling a call centre. Careem’s mission is to make people’s lives simpler by revolutionizing the transportation and logistics industry in the region.

Careem was founded in July 2012 and it operates across 50 cities in the Middle East North Africa (MENA) region including Abu Dhabi, Alexandria and the north coast of Egypt, Amman, Beirut, Cairo, Casablanca, Dammam, Doha, Dubai, Jeddah, Kuwait and Riyadh.

In his new position, Kato will be responsible for managing all Careem operations in Egypt including overlooking Careem’s expansion plans in the local market, government relations and day-to-day business operations.

Joining Careem last year as Vice President of Careem’s call centre named ‘Careem Care’, Ramy brings over 21 years of experience in operations, care, general management and business development to his new post. With a Bachelor of Arts in economics from the American University in Cairo and an E.M.B.A from the University of E.S.C Rennes in France, Kato has worked in various industries, from the energy sector to the telecommunications industry, where he spent most of his career working with Vodafone and Orascom Telecom. He also participated in the launch of 'Djezzy' where he built the first call centre in Algeria. Before joining Careem, Ramy was the CEO of Xceed, where he was responsible for overseeing the full operations of the call centre structure in Egypt. He achieved remarkable results and managed to grow Xceed by creating the first call centre in Upper Egypt and growing the Morcco Xceed affiliate.

Mudassir Sheikha (CEO and Co-founder, Careem) commented: “With the expansion of Careem’s network in Egypt to include seven cities and the newly upgraded product offering, this is an exciting time for Careem in Egypt. With the introduction of GO and GO to standardize affordable transportation, Ramy will now help drive business growth for each of the cities as well as support with strategic partnerships, R&D, the creation of jobs and economic prosperity for all captains.”