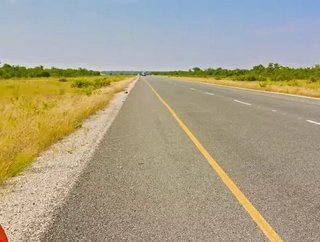 As fresh peace talks are concluded between South Sudan and rebel factions, the nation’s transport minister Kwong Danhier Gatluak was signing an infrastructure deal in South Africa, in the hope that this will secure much needed investment in the future.

He said: "Investors are willing, when the guns fall silent, they will come to invest." He also highlighted that the country would need over $10 billion to construct and maintain 10,000 kilometres of road.

Gatluak met with his South African counterpart, Dipuo Peters, and signed the Bilateral Air Services Agreement (BASA) agreement and a Memorandum of Understanding (MoU) relating to transport. As part of the agreement, South Africa will assist South Sudan in constructing roads and airports, and will provide training for road engineers and air traffic controllers.

Gatluak said: "We are constructing a road that links Juba and the rest of North-Western part of South Sudan that’s 441 km long, (at a cost of) around $700 million." He also added that alongside Chinese funding, the World Bank had promised $150 million to improve road connectivity.

In addition to improvements in road, rail and river transport, Gatluak said that the first phase to upgrade Juba's main airport will completed by September, with China Harbour Engineering Company extending the runway by 700 meters.

He added: "By September next year we would have done the first phase and will be able to accept much bigger aircraft."

South Sudan has only existed as a nation since June 2011 and received its first ever tarmacked road in 2012 from USAID; the announcement of international support to develop its infrastructure must surely come as a welcome. What remains is whether the current peace deal will last; South Sudan’s president stating at the ceremony that he had “reservations” despite his official support.