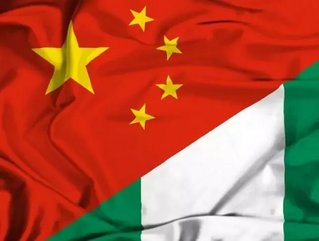 China has offered Nigeria a loan worth $6 billion to fund infrastructure projects –the announcement was made following an agreement between the two nations to boost trade via a currency swap.

Nigeria is one of Africa’s top oil producers but its public finances suffered a major hit in the wake of plummeting global oil prices. Although President Muhammadu Buhari plans to triple capital expenditure in 2016, he also needs to plug a projected deficit of $11.1 billion.

Lin Songtian, director general of the Chinese foreign ministry’s African affairs department, had previously stated that the West African nation would be able to benefit from a $55 billion package for the whole continent, which mainly consists of concessional grants or export lines.

The Industrial and Commercial Bank of China (ICBC), the world’s biggest lender, and Nigeria’s central bank also signed a deal on yuan transactions.

Nigeria had said it was looking at ‘panda bonds’ which are yuan-denominated bonds sold by overseas entities, to fund the deficit, saying they that would be cheaper than Eurobonds.

Nigeria’s central bank has said it plans to diversify its foreign exchange reserves away from the dollar by including more yuan. It converted roughly one tenth of its reserves into yuan five years ago. Beijing also signed agreements to develop infrastructure in Nigeria, part of a drive to deepen its ties with the continent. ICBC agreed a $2 billion loan to Dangote to fund two cement plants.

In a speech to business leaders, Buhari said both countries wanted to work together across a range of industries including agriculture, fishing and car manufacturing, construction materials and textiles.