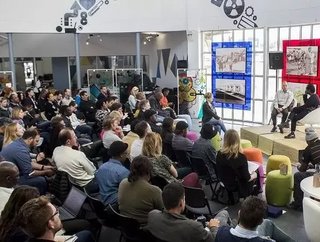 A report commissioned by the Cape Innovation & Technology Initiative (CiTi), Wesgro and the Allan Gray Orbis Foundation revealed that in 2018, entrepreneurial technology companies employ around 40,000 to 50,000 people. In comparison, the technology sectors in both Lago and Nairobi employ 9000 and 7000, highlighting just how significant Cape Town is to the continent-wide digitisation of Africa.

‘Evaluation & Network Analysis of the Cape Town-Stellenbosch Tech Sector’, was conducted by Endeavour Insight and saw more than 150 local technology entrepreneurs and 450 local technology founders interviewed to create a definitive picture of the city’s technology landscape. “Cape Town is arguably the most productive and impactful tech hub in sub-Saharan Africa,” the report says.

To look at the current burgeoning technology landscape of Cape Town, one must go back to 1999 and the birth of CiTi. The initiative was created to unlock the potential of African entrepreneurs, and their ability to contribute to the digital economy, which is predicted to reach $100trn by 2025. CiTi states that it has helped create more than 2800 jobs and over (USD $141mn) R800mn in combined revenue since 1999. It empowers Africans with the skills and the opportunities to drive Africa’s digital future through programmes such as the CapaCiTi Tech Talent Programme, VeloCiTi Entrepreneurial Dev Programme and the TenaCiTi People and Potential Programme. CiTi has two bases of operation: the Kjayelitsha Bandwidth Barn and its main technology hub, Bandwidth Barn Woodstock. Launched in 2000, the Barn is a technology incubator that provides entrepreneurs with working space, meeting rooms and the core infrastructure that connects entrepreneurs with technology leaders and like-minded innovators from all around Cape Town and beyond. Some of the hundred plus companies that have been incubated at the Barn include financial management and consultancy CFO service provider, Outsourced CFO, as well as WhereIsMyTransport and WomEng.

But it’s not just CiTi that is driving technology innovation. The Cape Peninsula University of Technology, located in the very heart of Cape Town, is both the largest university in the region and the only university of technology in the Western Cape province. The university enrols more than 30,000 students across six faculties. Technology is at the very heart of the university’s vision, which is made up of four key aims to build a university that is highly efficient, sustainable and environmental conscious, to be known for the high quality of its teaching and learning, to create a vibrant and well-resourced living and learning environmental and students, and to enhance and develop the quality and effectiveness of its research and knowledge production.

While the Cape Peninsula University of Technology is the leading technology university, the oldest university in South Africa was recognised in late 2018 for promoting diversity in the traditionally male dominated IT space. The University of Cape Town (UCT), through its School of Information Technology, introduced a women only Girls’ Lounge designed to attracted more females to the IT sector. The Girls’ Lounge is sponsored by technology leader SAP Next Gen and The Female Quotient and will host key events that are designed to support female students to find their role in the world of IT and connect them to a huge network of fellow professionals.

“Women in our department have always shown their excellence, creativity and entrepreneurship, and their many accolades are witness to that,” said Professor Ulrike Rivett, School of IT director and the first female full professor in the Department of Information Systems.

A testament to Cape Town’s position as a growing technology hub on the world stage, some of the world’s biggest technology companies have established a firm footprint within the city. Amazon Web Services (AWS) announced in last 2018 that it will open the first data centre in South Africa. The AWS Africa (Cape Town Region) will consist of three availability zones and will be operational in the first half of 2020.  This new data centre region represents the next major step in a 14-year journey for Amazon in Cape Town. “Having built the original version of Amazon EC2 in our Cape Town development centre 14 years ago, and with thousands of Africa companies using AWS for years, we’ve been able to witness first-hand the technical talent and potential in Africa,” AWS CEO Andy Jassy said in a statement. “Technology has the opportunity to transform lives and economies across Africa and we’re excited about AWS and the cloud being a meaningful part of that transformation.”

Not to be outdone, Microsoft Azure announced in 2017 that it was going to deliver Microsoft Cloud to the continent through two data centres in Johannesburg, South Africa North and Cape Town. In early 2018, Vodacom, a leading telecommunications service provider across South Africa, partnered with Microsoft Azure to deliver a suite of cloud services to African customers. Data warehousing, virital data centres as well as storage and virtual network solutions are but some of the service solutions that Vodacom will bring to market. “Providing our customers with essential tools and the latest offerings in market is vital if they are to survive today's business landscape," said Executive Head for Vodacom Products and Services, Sabelo Mabena, in an official statement about the launch. "Vodacom's Azure solution model is simple to adapt and offers a host of application building blocks and services that will allow our customers to customise the cloud according to their needs," added Mabena.

Microsoft, Google and Amazon may be some of the biggest players that have placed great stock in Cape Town as an enabler of Africa’s digital future, but they most certainly won’t the last. The city will continue to attract leading technology companies from all over the world, but more importantly it will continue to invest in the development of the future generation of technologists from within country as it looks to unlock the true potential of the forecasted USD$100trn African digital economy.