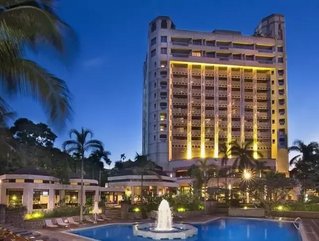 As Africa continues to embrace digital innovation, the capital city of Cameroon connects thousands of young people to the technologies of tomorrow.

In recent years, Africa has become a continent transformed and technology has been the key driver. With technology all around the world redefining everyday life and industry sectors in more mature countries and markets, Africa is currently undergoing a digital revolution. Some of the leading technology companies and service providers have turned their attentions to Africa. Only recently, Google provided an update to its Google Africa Scholarship challenge to provide Android and Web development trainings. In the announcement, it revealed that it had connected more than 8,000 developers across Africa to training and technology solutions, as well as more than 10,000 young aspiring and professional developers. It is of no surprise then, that the capital city of Yaoundé, is also significantly investing in the technologists of today to embrace the technologies of tomorrow.

In early 2018, the capital of city of Cameroon officially unveiled the Next Generation Center for Technology (NGCT). Located in central Yaoundé, NexGen is a non-profit start-up incubator, supported by Ministry of Vocational training and Employment in Cameroon and UNICEF. Its purpose? To fund mentors, nurture ideas, startups and entrepreneurs to bridge the gap in providing skills for the next generation of workers in Africa. “The NexGen links workforce education to the latest technology and is designed to achieve excellence and foster creativity amongst the brightest minds,” says NexGen.

Another area of innovation that is proving key to developing a new generation of entrepreneurs is gaming and Yaounde is home to one of the most successful digital startups in Cameroon focused entirely on education through gaming technology.

Kiro’o Games, headquarter in central Yaounde, is an innovative game studio described as the ‘first of its kind’ in Central Africa. The company is made up of 20 young Africans with a vision to create the best digital African catalogue with a blend of video games, comics, animations and illustrations. Orginally founded back in 2004, Kiro’o Games has spent the last decade transforming not only the Cameroon gaming space, but disrupting the global industry. In 2016, the company broke new ground across the gaming industry with the release of Aurion: Legacy of the Kori-Odan. What makes the game unique is that it is one of the very first companies in the world to produce and release an African-themed role-playing game (RPG). The game was incredibly well received around the world and has cemented the company as an innovation hub for Cameroon, but the journey was one of challenge.  As it approached a launch date for the game, the company was rejected by every bank it approached for funding and so it launched a Kickstarter campaign. The campaign was incredibly successful and saw more than 88 international investors invest into the company. Speaking at the time of launch, Guillaume Olivier Madiba, founder of Kiro’o Games, commented that the game and the backing from international investors represented more than simply gaming as entertainment. “Our dream is bigger than that,” he told the Wall Street Journal. “We want to build a bridge between the gaming industry and Africa.”

Recognising this responsibility, the company launched a mentoring program designed to connect the ‘missing link in the African economy’. The Kiro’o Rebuntu project is a mentoring program and fintech platform that offers the “quintessence” of the company’s 13 years, connecting more than 10,000 technology project leaders to Cameroon and wider African communities. This project is but a reflection of the company, and Yaounde’s growing emergence as a technology hub, and its vision to create an African digital catalogue hub with a user base of at least 18mn users across the continent by 2025.

“The Web 3.0 will open a world based on the shared economy, and the one that will have the formula of "Renewable Finance" will be one of the kings of this new world,” says Kiro’o Games. “For now, it looks like science fiction (like the smartphone 30 years ago), but we know that this revolution will come from Africa, and we are now starting to prepare it with Rebuntu as a first step.”

Yaounde demonstrated its commitment to embracing the technological revolution by hosting a unique event designed to realise the tremendous opportunity that technology can bring to NGOs. Through a partnership between leading global technology companies including Microsoft, Bitdefender and Autodesk, “Exploring TechSoup Cameroon and taking advantages of TechSoup Global” invited professionals and NGO representatives to explore the “firing power” of the TechSoup programs. TechSoup provides access to resources, solutions and digital knowledge for NGOs all around the world. While no plans have been announced to make it an annual event, it is but a testament to the growing recognition of the transformative effects of technology across Africa.

As Yaounde looks to the future of technology it continues to invest in the young generation of entrepreneurs and innovators of today. Africa is embracing technology now more than ever and Yaounde has already begun to show that it will play a key role in the evolving landscape.