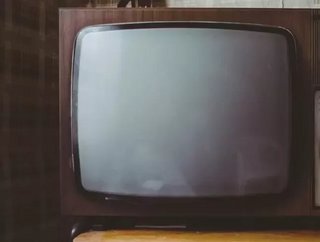 Cameroon has banned people from watching a popular television station that says it represents the interests of the English-speaking population.

Cable TV providers have been told they will be sanctioned if they do not stop broadcasting the South Africa-based channel, SCBC (Southern Cameroons Broadcasting Corporation).

The Minister of Communications, Issa Tchiroma Bakary, on Monday said those who broadcast the SCBC TV channel or programmes will be closed down.

Speaking during a press conference in Yaounde recently, Tchiroma described the programmes of the channel as ‘seditious’ and ‘hateful’ and said cable distributors who keep broadcasting the signals, will see their companies closed and their equipment forfeited.

He accused the channel of broadcasting the propaganda of the Southern Cameroon National Council, SCNC, a secessionist group whose meetings and activities have been prohibited in Cameroon.

SCBC TV was launched on 6 May 2017, yet it was banned four months earlier by an order from the Cameroonian government.

There have been months of protests by Cameroon's Anglophone population against what they say is discrimination by the Francophone majority.

Cameroon was colonised by Germany and then split into British and French areas after World War One.

Anglophone teachers and lawyers in the northwest and southwest began striking in November 2016. They said English-speaking citizens are marginalised in the bilingual country and demanded reforms.

However, secessionist groups soon joined the movement, and their calls for full independence for the English-speaking zones derailed dialogue and helped spur a government crackdown – which has now seen the threat of sanctions against those broadcasting SCBC material.

SCBC airs programmes about the history and culture of the Anglophone region, as well as interviews with exiled lawyers and documentaries about human rights abuses in Cameroon.

The government has tried and failed to persuade the South African authorities to stop SCBC broadcasts.

Cameroon was ranked 130 out of 180 countries in the Reporters Without Borders 2017 World Press Freedom Index.