Clickatell CEO on why SMS remains king of communication 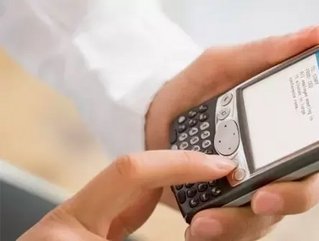 When South African Pieter de Villiers and his three associates put their heads together to create a business plan for their last minute holiday deal service, they soon realised there was one major flaw in their masterplan.

“At the time in 2000, people read email two or three times a week. We couldn’t send you a 24-hour expiry deal if you weren’t going to read it for days. In getting information to a consumer, SMS is much better, but there wasn’t this capability,” Clickatell joint-founder and CEO Pieter de Villiers says.

“So we threw up a business plan and started Clickatell. We weren’t geniuses, we had a problem that no one could solve and we went about trying to solve it.”

Clickatell’s consequent success has been phenomenal. Eleven years down the line, it remains the largest online SMS mobile messaging gateway provider covering 871 networks in 221 countries and territories. With a potential reach of five billion mobile phone users, or more than 70 percent of the world’s population, Clickatell is not only the industry leader, but as de Villiers puts it, “is defining the space”.

Founded in South Africa, the company created the first websites for business to consumer SMS messaging and have been cashing in on the continued growth of mobile phone users – and the increasing want for companies to use SMS to their advantage – ever since.

“From day one our core assumption was that the mobile phone would be a primary point of communication and interaction between business and consumers - just like it is between consumers.

“Our aim is to let businesses interact with consumers on a mobile device, from something as simple as an appointment reminder via SMS to a transaction receipt for a credit card payment or mobile air time.”

Crucial to Clickatell’s success is the ease at which businesses can use Clickatell’s service. It’s as simple as going to the website, registering for an account and being able to send an SMS to a mobile phone from any operator to anyone in the world.

“It is allowing a company to engage with a customer in a meaningful, more effective way, such as sending confirmation of a parcel delivery to a customer or an emergency alert.”

Although Clickatell moved its headquarters to Silicon Valley in the US, its roots in South Africa means it has recruited large enterprise clients in sub-Saharan Africa. Testament to its success is the backing it has received from venture capital firm Sequoia Capital, widely regarded as one of the best in the business and investors in companies including Apple, Google, YouTube and Oracle.

De Villiers says that Africa’s penchant for mobile banking has allowed Clickatell to provide a sought-after platform for banks and mobile services.

“Africa is for once truly leading a technology segment, which includes mobile payments. Because of that reality we took a long hard look at what is happening outside of Kenya and South Africa in terms of infrastructure and how we could accelerate deployment of mobile services.

“We opened offices in Lagos this year and use our offices in SA as a SADC (Southern African Development Community) hub. An eastern African hub in Kenya is on the horizon. We intend to serve these markets with things such as SMS and USSD (Unstructured Supplementary Services Data), which offers secure channels for mobile banking and pre-paid top up. It serves business, banks and retailers.

“We also partner with mobile operators and help monetise their infrastructure and bring efficiencies in economies to airtime distribution. In terms of banks, we provide them with transaction tools on a mobile eco-system so they can offer their customers a better service.

With the advent of smartphone technology and the ever-increasing ability to receive emails on-the-go, it would be easy to assume that SMS may be a less used medium than it was previously. However, research shows a contrasting trend.

“The reality is that the single most used application on the iPhone is SMS. It is sometimes seen as an old technology but the reality is it’s viable and relevant. There are more than five billion mobile phone devices being used that can talk and text and even in the smartphone world SMS is used more than anything else including voice.

“We undergo industry analysis and monitor published reports. The teenage generation in the US is increasingly abandoning email in favour of text messaging. Messaging services such as BBM (BlackBerry Messenger) and WhatsApp will not nullify the need for SMS – just like Skype hasn’t nullified the need for voice.

“If you compare five billion SMS users against 600 million-odd mobile email users and 350 million mobile Facebook users there is quite a long road ahead before you come to a tipping point for anything to overtake SMS.”

Moving its headquarters to Silicon Valley was a decision de Villiers said had to be made. “We were growing at a rate of more than 100 percent per year and at that time the US market was an early market for SMS, there was huge opportunity. Here, there is a very large small medium business market with a huge customer base – our type of target market.

However Clickatell has also helped in the public sector, facilitating live SMS updates from President Obama’s speeches in Cairo and Ghana in 2009 and extending its free SMS service to organisations providing aid to the people of Haiti after the devastating earthquake in 2010.

As co-founder and CEO, de Villiers has a right to be content with the astounding success of Clickatell so far. Yet as with any businessman worth his salt, plans to achieve greater heights are already in place.

“We are a multimillion dollar profitable business with healthy growth – the highest margin in the industry. There are very specific plans for infrastructure in East, West and Southern Africa and a massive growth opportunity for priority messaging and mobile enablement for SMEs in both developed and emerging markets.

“We reach more telcos globally than any other company in the industry. Transactional business is very African centric – Clickatell beats competition because we have African investments, come from the continent and have the expertise.”