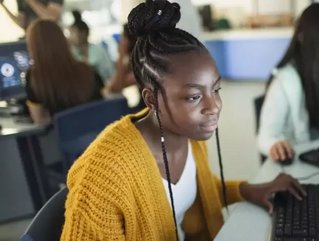 Over the next few months, South African matrics and university graduates will have one eye firmly on the future as they try to identify which path will give them the best chance of career success. And with youth unemployment at nearly 60%, it’s hard to understate the importance of those choices.

Ironically, far too few young people are making the choice to go into the digital and technology spaces, where South Africa is experiencing a major skills shortage. So bad is the skills shortage that research from the Institute of Information Technology Professionals South Africa (IITPSA) shows that 37% of employers are recruiting from outside South Africa’s borders to fulfil their technology needs.

It’s also important to remember that, today, digital skills are needed in every industry. A PWC study, for instance, found that some 80% of business leaders in the financial services space are concerned about skills shortages as an impediment to growth.

Young people acquiring digital skills isn’t just an important way to reduce unemployment, therefore, but also an important step in growing the economy. But technology and digital are broad fields, encompassing a wide variety of skills. So, where does one start?

The following new areas are rapidly developing and in need of skilled professionals:

A lot of people are fearful of the impact that artificial intelligence (AI) will have on human workers, believing that it will see them replaced entirely.

In the future, however, we are more likely to see something called “augmented humanity” where the majority of workers are being assisted by AI rather than replaced.

It is predicted that by 2020, AI will be a positive net job motivator, creating 2.3 million jobs while only eliminating 1.8 million jobs. Young people are in a great position to take advantage and should look to develop the specific skills required for the jobs of the future.

As much as businesses will need people who can build AI-enabled solutions, they’ll also need employees who can understand where AI will and won’t benefit the business. While the former requires dedicated study, some basic short courses on AI will go a long way to helping with the latter.

Broadly speaking, the Internet of Things (IoT) refers to the growing system of interrelated computing devices, mechanical and digital machines, objects, animals or people. This interconnectedness is changing the way we run cities, transport networks, factories, and even offices.

People who can build and service IoT devices, as well as those who program the software they run on will be in high demand.

Also highly valued, however, will be the people who can understand and analyse the high volumes of data that come from IoT systems and extrapolate what they mean for the businesses concerned.

But IoT devices aren’t the only things producing data. We live in an age of massive data, producing around 2.5 quintillion bytes of data each day. And by 2020, there will be around 40 trillion gigabytes of data (40 zettabytes). Anyone capable of processing and analysing that data is, and will continue to be, in high demand.

The shortage is so acute that one South African institution providing courses in data science offers graduates their course fees back if they don’t find a job with an annual starting salary of R240 000 or higher.

Here again, being able to use the available tools such as Oribi and Decibel are incredibly sought-after skills and don’t require any programming ability.

Automation is another trend which fearmongers believe will result in mass job losses. But implemented properly, it can actually help workers be more productive and add value.

In the digital marketing space, for instance, automation software takes care of repetitive tasks, reduces human error, helps workers manage complexity, and allows them to measure and optimise their efforts.

It should hardly be surprising then that the World Economic Forum’s top 10 skills for 2020 include:

Of course, the nature of South Africa’s unequal society and the attendant education issues mean that many young people simply aren’t exposed to these skills and the opportunities they present.

While several organisations, including codeX, WeThinkCode, and Google Digital Skills for Africa, are looking to change that, they can only do so much.

If we’re to make a real dent in youth unemployment, the education system needs to be overhauled to ensure that digital skills are baked into the entire curriculum. If not, then even the young people who are aware of the opportunities it presents will always be playing catch up.

Young people need to know that these skills are in high demand and direct their efforts at acquiring them. It is ironic that in a country with an unemployment rate as high as South Africa’s there are industries desperate to employ people. By bridging the gap between business and youth, we can close the skills gap and tackle youth unemployment at the same time. It may be a challenge, but it’s far from insurmountable.