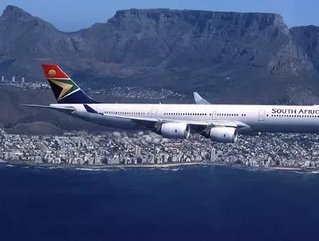 South African Airways (SAA) has launched a non-stop route to Beijing, China for the first time in its history.

The airline will operate flights three times a week from Johannesburg to the Chinese capital, with the journey taking approximately 15 hours.

A comprehensive strategic partnership was formed between South Africa and China in August last year, with the Asian country being one of South Africa’s largest trade partners.

“The introduction of aviation links between nations nurtures economic activity,” said SAA CEO Siza Mzimela, “with domestic and regional benefit within the Southern African Development Community (SADC) expected to pay dividends both in terms of trade and tourism.” Mzimela added that the substantial demand for tourism and trade to China will contribute to the success of the new route.

“Introducing direct flights between China and South Africa will promote tourism and trade, not only to South Africa, but also to all the Southern African Development Community (SADC) and other African countries. South Africa and neighbouring destinations such as Victoria Falls in Zimbabwe are already popular destinations for Chinese tourists.”