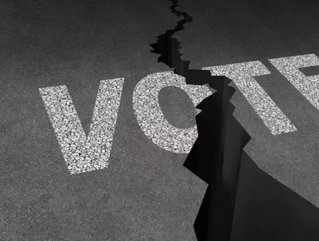 It is agreed that when Nelson Mandela and his African National Congress (ANC) party swept to power in 1991 Africa was at a turning point, and that a democratic future awaited the whole continent. The ANC has remained in power ever since despite numerous corruption allegations and various protests that have frequently contested the legitimacy of the government. These protracted stays in power are becoming symptomatic, with regimes ripping up laws that prevented unlimited terms in office. In 2012, the Economist Intelligence Unit EIU stated that, other than the tiny Island nation of Mauritius, Africa could not claim to contain a single full democracy. Taking these factors into account makes this years’ election announcements particularly interesting.

When the president of Burkina Faso Blaise Compaore tried, like so many other leaders, to remove the limits to the number of terms in office he could serve, the people of Burkina demonstrated en masse, forcing him to flee the country and resign.

Out of twelve African countries that held elections during that year, five resulted in an opposition party taking power, which could be a sign of change to come.

The Malawi elections saw The People’s Party firmly ejected from their seat of power; the party took a dismal 20 per-cent of the vote that saw the Democratic Progressive Party (DPP) take power with 36.4 per-cent. It is interesting to note that the new Malawian president Peter Mutharika is the brother of the former, now deceased, DPP president Bingu Wa Mutharika.

At first, it seemed businessman Ahmed Omar Maiteeq had won enough votes in the Libyan elections to form a government but when the first and second deputy speakers argued live on air about if the candidate had met the minimum number of votes to form a government. After several hours’ argument it was agreed that previous president Abdullah al-Thani should resume control.

The Nigerian election, which were postponed from February to March, is tipped to be a hotly contested battle between incumbent president Goodluck Johnathan of the People’s Democratic Party (PDP) and Muhammadu Buhari of the All Progressives Congress (APC.) The six week delay in the elections has been due to a chronic lack of security support for polling stations, as the Nigerian military is undertaking a large offensive against Islamist terror group Boko Haram.