Five African elections to look out for in 2017 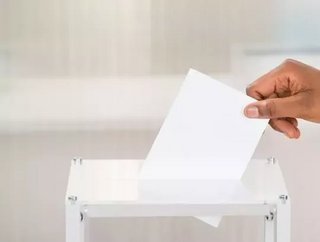 Which African countries are holding elections in 2017? African Business Review picks out five elections to watch across the continent in the year ahead.

This East African country has a fraught electoral history. Will this years election follow tradition? Already, a series of opposition-led protests against the country’s electoral commission has led to the deaths of several people in clashes with security forces.

Newsweek predict that the main candidates are likely to be the same as in 2013: incumbent Uhuru Kenyatta and veteran challenger Raila Odinga.

Also in August, Rwanda's President Kagame  will be seeking a third, seven-year term since winning the country’s second election in 2010. Kagame is also credited with transforming the landlocked nation’s economic development, boosting youth employment and trade, reducing poverty and advocating for technology as a tool for prosperity.

However, many accuse Kagame’s regime of clamping down on free speech and supressing opposition. An opposition activist and journalist both disappeared in 2016, while two opposition politicians have been arrested, according to Human Rights Watch.

Angolan President Jose Eduardo dos Santos is retiring this year after 37 years in power. Angola is dominantly a one-party state, ruled by the dos Santoses, who have amassed wealth and power over the last four decades.

Angola’s electoral system means that the leader of the party with the most parliamentary seats automatically becomes the head of state. The People’s Movement for the Liberation of Angola holds 175 of the National Assembly’s 220 seats, meaning that Lourenco is likely to be confirmed as president in the 2017 vote.

The  PMLA has elected João Lourenco, a former defense minister, as vice president ahead of the next parliamentary elections.

Congo was due to hold presidential and parliamentary polls in November. However, President Joseph Kabila claimed that more than 10 million voters are unregistered. This means that the vote will be delayed until 2018 at the earliest.

If everything goes smoothly, a transitional government will be appointed by March, and the elections will take place before the end of the year. This would be the first peaceful transfer of power since independence in 1960.

Ellen Johnson Sirleaf, Liberia’s current president and first elected female head of state in Africa, is stepping down at the end of her second term.

Several hopefuls have expressed interest in replacing Sirleaf. George Weah, regarded as one of Africa’s greatest ever footballers, has announced he will run. Weah could face is Jewel Howard Taylor, a senator and the former wife of Charles Taylor, Liberian warlord convicted of war crimes in Sierra Leone in a U.N.-backed court.