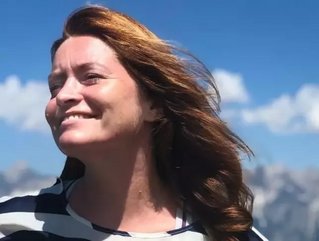 Co-founder of AHOY – a flight booking and concierge app – Sylvia Brune discusses why free zones may be Africa’s best chance to accelerate wealth.

Given the demand for goods and services from Africa’s growing middle classes, the continent has huge potential for growth. Over the past year, Foreign Direct Investment (FDI) into Africa grew by 11%, bucking the global trend and potentially setting a bright precedent for the future.

Whether this upwards trend in FDI will have a positive effect on growth and wealth creation is, however, still unknown. Studies have shown that capital has little impact on an undeveloped foundation. Key components needed to enhance capital’s productivity are infrastructure (not just physical), a stable and transparent legal framework, and skilled labour.

Where these are lacking, investors into the continent have to first ‘build’ the commercial foundation, before commencing their projects. Like spending money on hiring advisors, lawyers, and accountants to navigate the various countries’ economic environments, political systems, and bureaucracy. This adds time and uncertainty to projects, acting as an effective ‘tax’ on any return on investment - meaning only projects with a very high upside will be embarked upon.

Evidence suggests that these key components are indeed lacking across most of Africa, albeit with a small handful of countries on the road to improvement.

Countries, like Senegal and Côte d'Ivoire, have made important strides to improve anti-corruption institutions. Cabo Verde and Gambia have managed to gain local trust with 85% and 84% believing their government is fundamentally sound. And Mauritius and Rwanda have made it into the top 35 countries in the world as measured by economic and personal freedom, with Mauritius marginally beating Norway in the global ranking.

The reality is, however, that corruption continues to undermine the rule of law across most of Africa (which hosts 13 of the globe’s 20 most corrupt countries). Rule of law relates to strong property rights, government integrity, and judicial effectiveness - the basis for a sound investment environment. What is even worse than corruption’s effect on FDI, though, is its effect on retaining and developing talent.

Instability and lack of opportunity continues to result in brain-drain - drawing talent and skill away from the continent. The World Bank estimates one-in-nine Africans with a tertiary education live away from Africa – a 50% growth since the mid-00s.

So, what’s the solution?

Given the long, tough road ahead towards building economically sound environments across Africa, I believe the only solution in the short run, is establishing 100s of Special Economic Zones (SEZs) throughout the continent.

For those unfamiliar with SEZs, they are areas which operate under a different legal framework to the country they inhabit – with investment-friendly laws around commercial transactions, taxes, and the protection of private property. SEZs’ advantage is that you avoid building on top of broken legacy system, instead creating a pre-packaged, investor-ready climate.

These zones have been successfully tested and run in China and the Four Tigers (Hong Kong, Singapore, South Korea and Taiwan) to attract considerable FDI, and experience decades of double-digit growth. This format could likewise be used to boost and sustain investor interest in Africa.

While SEZs are known mostly as attractive investment environments, with conducive infrastructure and legal frameworks, the secret to their success rate is actually in their ability to attract and retain talent and skilled labour in specialised hubs.

China showed just how powerful an industry focus within SEZs can be. Because they provide a magnetic effect of highly specialised knowledge hubs - comprised of domestic, regional, and international talent.

Capital is like fuel, it’s only effective where there is a flame to throw it on. And that flame is talent.

The potential is clear, and I believe Africa has a burgeoning pool of talent waiting to be tapped into. But whether they are able to put their talents to best use, collaborate, and innovate freely is uncertain, and will determine whether they stay, or search for opportunities elsewhere.

A common hurdle, for example, is work visa rules between African countries, which means it’s easier for talent to find good opportunities outside Africa than within Africa. Talented individuals want to work alongside other talent. Similarly, talent and specialists from outside Africa face considerable barriers when trying to obtain work permits.

For example, Mr. Eazi’s emPawa Masterclass, like many creative undertakings, is dependent on bringing together the best talent. Earlier this year, emPawa struggled to bring artists, producers, and mentors together from across Africa. Due to visa rules and uncertain processing times, some were only provided with visas after the masterclass was already over, some not at all.

Here, again, SEZs are a solution. SEZs are able to receive visa allocations relating to their area of specialisation, which increases the likelihood of collaboration and innovation - which in turn attracts capital.

There’s plenty of evidence that talent wants to stay, provided there are the right conditions to do so. A great example is tech recruitment platform Andela, which proves that when start-ups in Africa have access to the best talent, including a global support network, and then tap into local opportunity, they can raise substantial foreign capital, and the local business community benefits as well.

Andela trains candidates for six months before pairing them with clients, many are the Fortune 500 and a number of Silicon Valley start-ups. So far, more than 90% of Andela’s first batch of alumni are still working in Nigeria.

SEZs would be able to turbocharge the work of companies like Andela. After talent has been developed, they need environments where they can make most use of their skills.

Already, countries like Mauritius, Senegal, and Rwanda have and are in the process of creating SEZs, with the view to building infrastructure, a stable legal framework, and enticing skilled labour – it’s an exciting time and I for one, am eager to see the results as more African countries follow their footsteps.